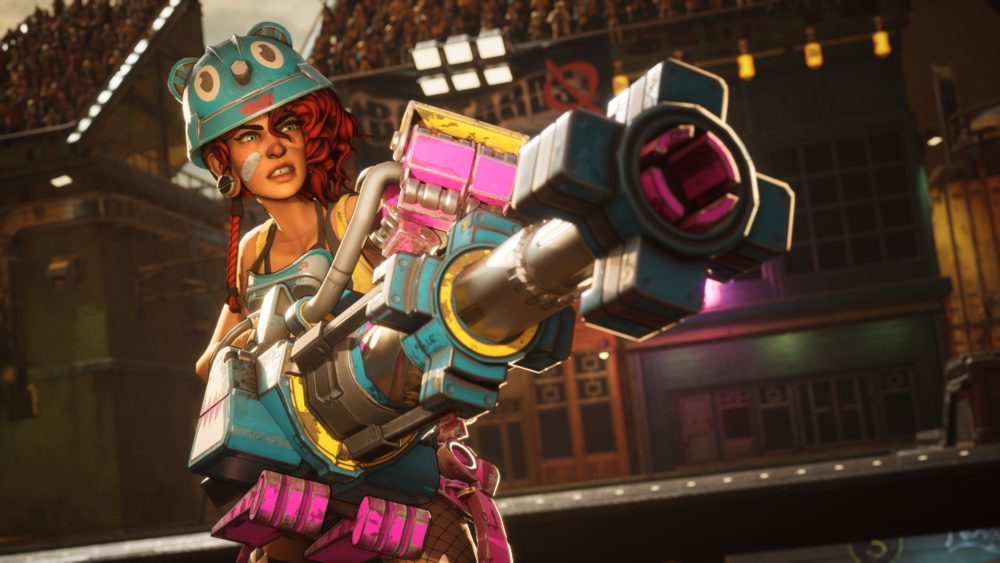 In this batch of media, we get a look at some new screenshots and a sneak peek at a handful of colorful concept artwork created for the upcoming multiplayer brawler from Ninja Theory.

At the end of the trailer, the gas mask wearing, ninja character named Daemon proceeds to take a selfie of all the characters shown so far. This also happens to be the key art for Bleeding Edge which can be viewed below.

Currently, ten characters have been revealed and shown with two more mystery fighters being teased with silhouettes on the fighters page within the official page for the game.

Check out our initial reveal coverage of the game if you missed the reveal earlier during Xbox’s E3 conference.

The first alpha of the game will be playable on June 27 for Xbox One and PC. In order to play the alpha, you must sign up on the official website and be chosen as one of the lucky participants.

What do you think of the Bleeding Edge reveal? Let us know in the comments below.