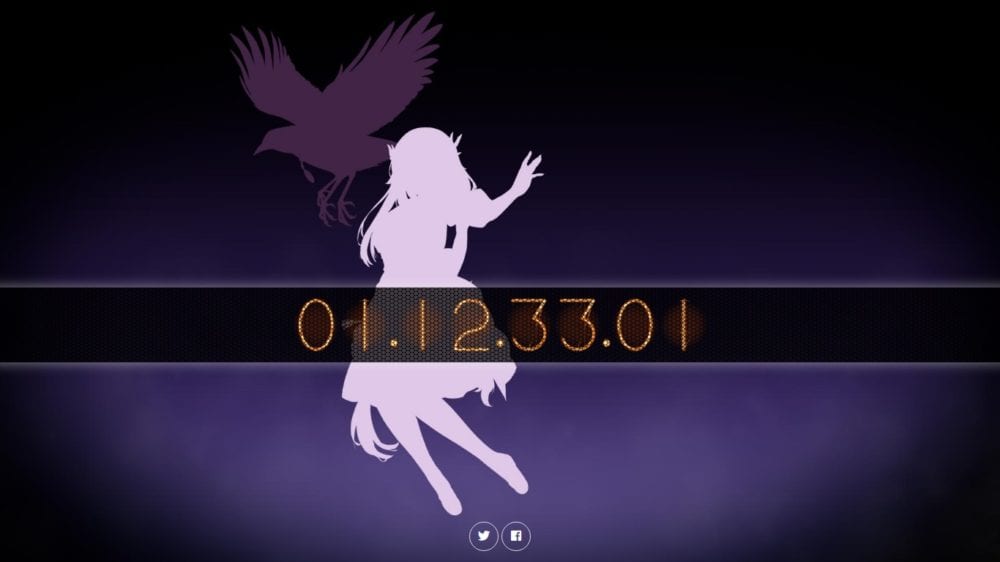 A few days ago we reported that Acquaplus opened a new teaser website with a countdown, likely for a new game announcement.

Over the past three days, the Japanese developer updated the site multiple times, adding the silhouettes of a bird and a girl.

You can see what they look like in the screenshot above.

Unfortunately, I couldn’t identify them as known characters from any franchise associated with Aquaplus.

Incidentally, the website includes “NP” in its URL, which is likely to mean “New Project.” According to the countdown, the reveal is scheduled to happen at noon Japan time on Tuesday, June 25.

Incidentally, if you see it pointing to a different hour it’s because the countdown is based on your local clock. If you set your time zone to Japan, you’ll see the correct count.

Considering the pace of updates, it’s likely that there will be another addition before the full reveal as the clock hits 24 hours.

Aquaplus is known for quite a few different franchises both as a publisher and as a developer, including Utawarerumono, Dungeon Travelers, Tears to Tiara, White Album, To Heart, and more.

Of course, it could be an entirely new IP. As soon as the reveal is made, we’ll let you know what it’s all about here on Twinfinite.