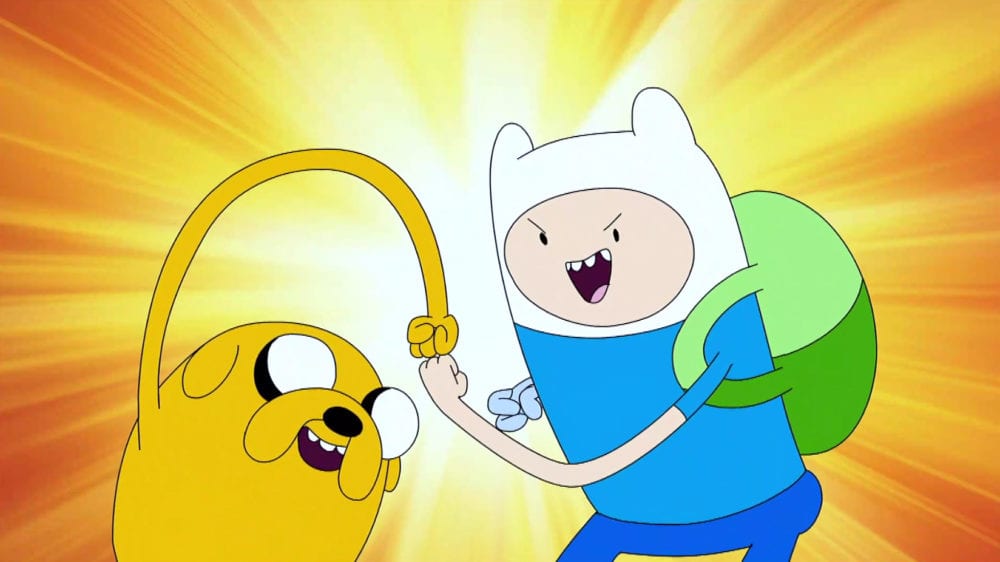 During the E3 2019 Ubisoft conference, it was revealed that free-to-play fighting game Brawlhalla is getting a crossover event with Cartoon Network as Adventure Time comes to the game in a big way.

Starting today, you can play as Finn, Jake, or Princess Bubblegum in Brawlhalla who have their own unique fighting animations.

Finn is seen using his iconic ‘Finn Sword’, and Jake has some moves using a cast iron skittet and some delicious bacon, a nod to his memorable ‘Bacon Pancakes’ song from a forth season episode of the show. While working together, Finn and Jake can also make use of the ‘Jake Suit’ as well.

Finn and Jake’s cozy treehouse is also a new playable level. And finally, a new “Buddy” game mode comes with the update too.

Check out the reveal trailer down below for some algabratic gameplay and some stylized animation of Finn, Jake, BMO, PB, Lady Rainicorn, and of course, Jake’s burrito.

The new Brawlhalla update is available today, coming to PS4, Xbox One, PC, and Switch. However, it’s only a limited time event running from June 10-25, so make sure to hop on and play as soon as you can.

Even though the event ends on June 25, the new mode, treehouse map, and themed KO effects featuring Lady Rainicorn, Lumpy Space Princess, Gunter, and some candy people will stay in Brawlhalla after the event ends. After the event, all of the Adventure Time Epic Crossovers can be purchased from the in-game store for 300 Mammoth coins each.

For more Ubisoft reveals, make sure to check out the new gameplay shown off for Watch Dogs 3 featuring permadeath and hacking grandmas.