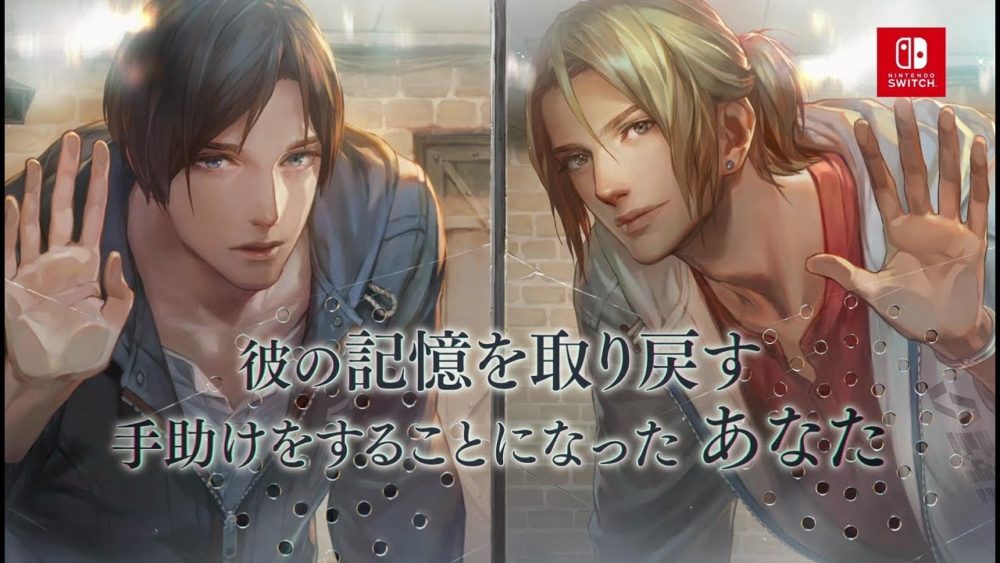 Today Capcom announced that the former mobile exclusive Toraware no Palm will be making its debut on Nintendo Switch.

The game, which can be translated as “Captive Palm” in English, is an otome title (catering to a female audience) featuring rather unique gameplay.

The heroine is prompted to interact with the characters through a glass, as they are detained in a facility after having lost their memories. Of course, there is plenty of romance involved.

Incidentally, Toraware no Palm won the Most Innovative Game award for 2016 on Google Play.

The Switch version has been optimized for Nintendo’s hybrid console. In TV mode and tabletop mode, you can interact with the hero with the Joy-Cons and Pro Controller. The cursor can be moved with the analog stick, and the gyro function can be used in some scene. There are also shortcuts to play comfortably.

In TV mode you can also view the game’s beautiful illustrations zoomed in to fit the horizontal aspect ratio, and there is even an art gallery.

In portable mode you can play exactly like on a smartphone by setting the screen vertically, bringing your virtual lover with you at all times.

There are plenty of settings dedicated to the Switch to customize the way you want, and subtitles in Traditional and Simplified Chinese will be available.

Toraware no Palm will have plenty of editions to choose from in Japan, and Capcom is providing the main part of the game plus two packages of additional content for 5,990 yen plus taxes in physical version.

The game will launch in Japan on August 30, and you can check out the announcement trailer below.