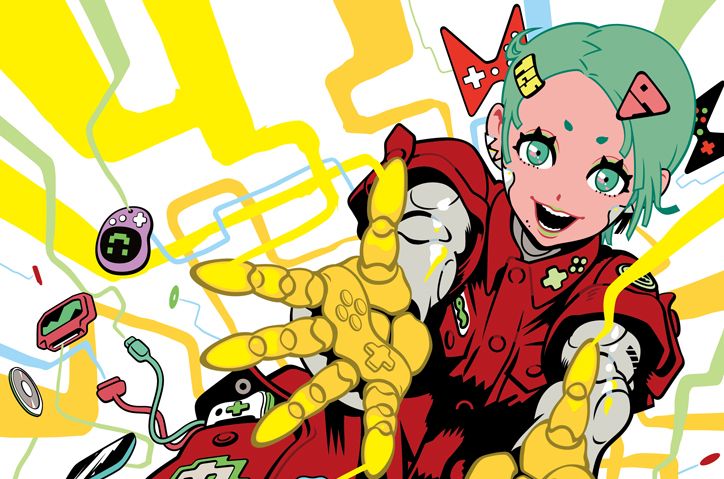 While most of the attention is on E3, there are more shows coming in the summer, and Tokyo Game Show will be right at the end of the season.

Since it’s that time of the year again, the Computer Entertainment Software Association, which organizes the show every year, released the main visual.

The illustration has been once more created by Ippei Gyuoubu, who has been at it for nearly ten years by now. since the 2010 edition of the show.

He is known for a lot of popular advertisement work in Japan, on top of mecha design of series like Mobile Suit Gundam Iron-Blooded Orphans, Kabaneri of the Iron Fortress, and more.

It represents the main theme of this year’s edition, which is “More will connect, more fun.” It’s all about technology to connect interactive devices with humans, and people with other people.

You can check out the full illustration below, and start getting excited for another Tokyo Game Show. This year it’ll happen earlier, from September 12 to September 15. The venue will be the usual, Makuhari Messe in Chiba, near Tokyo.

Of course, you can expect full coverage from the show here on Twinfinite, so you should definitely stay tuned.