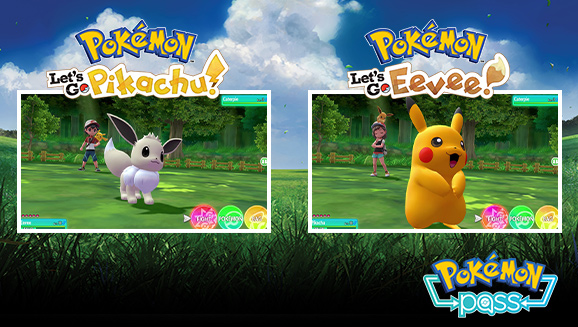 The Pokemon Company released their Pokemon Pass app on iOS and Android devices early this morning.

Pokemon Pass will be home to a handful of different Pokemon-related digital swag. However, the announcement video only focused on how to get shiny Pikachu or Eevee in the Pokemon: Let’s Go games via Pokemon Pass.

The app will let you obtain a shiny version of the starter from the opposite game. Shinies aren’t too difficult to find in Pokemon: Let’s Go, but these event creatures are still a welcome addition.

The shiny Pikachu will be level 10 and know the moves Thunderbolt, Double Kick, Double Team, and Thunder. The shiny Eevee will also be level 10 with a moveset of Double-Edge, Iron Tail, Helping Hand, and Facade.

This event and Pokemon Pass are currently only available to players in the US. There are no indications that this will change any time in the near future.

Photo Stickers are one of the other digital gifts currently available in Pokemon Pass. They’re also unlocked by scanning a QR code in a Target store. These stickers can be added to photos you take on your cellphone camera through Pokemon Pass. You can also obtain the Detective Pikachu sticker today by simply downloading the app.

Everything currently available in Pokemon Pass unlocks via QR codes at Target, however, It seems that other stores will be included in future promotions. You can also enable location and notification permissions for the app. This will let you know when you’re near a store with an upcoming Pokemon Pass event.

The Pokemon Pass app is available for download today on the Play Store and App Store, but the shiny event doesn’t begin until May 11. It’s unclear if this app will become the main form of distributing event Pokemon in the US. You can watch the announcement trailer down below: