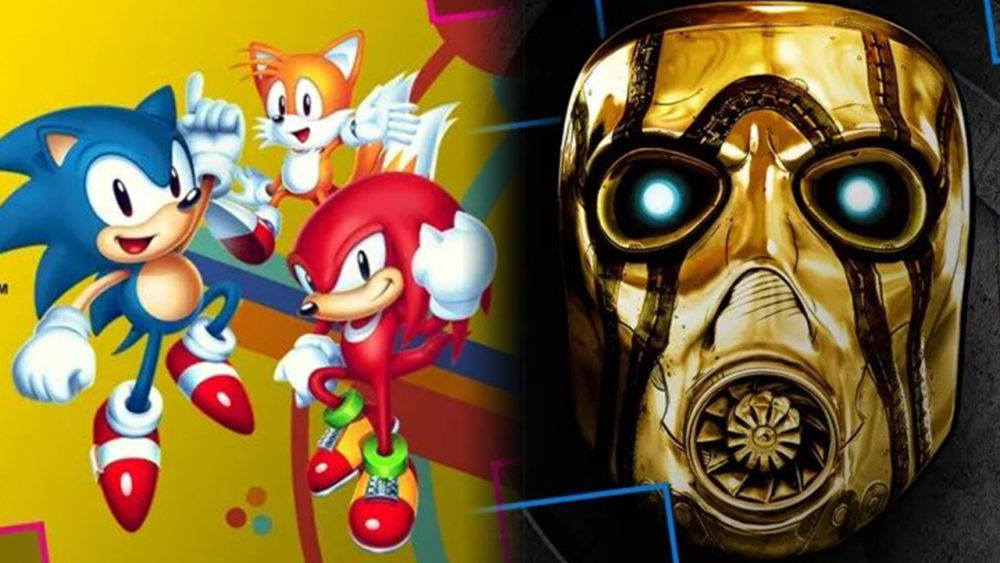 PlayStation Plus subscribers: look alive. The roster of June PS Plus titles was announced today, and it includes Sonic Mania and Borderlands: The Handsome Collection.

Sonic Mania, for the uninitiated, is a delightful throwback to the Sega Genesis Sonic games. Filled to the brim with lively music, eye-popping colors, and a great mix of retro and new titles, Sonic Mania is one of the best games in the series.

What’s strange with the PlayStation Plus release is that there’s no sign mention of Sonic Mania Plus, the more recent expansion that adds two new characters and a new remixed Encore Mode. Thankfully, the add-on is fairly cheap at $4.99 USD, so there isn’t too much of a barrier to picking it up yourself.

Borderlands 2, an online loot-based FPS with a cel-shaded art-style, is largely considered to be the best in the series. With more weapons than the first game, and the introduction of the titular villain Handsome Jack, it’s hard to find a comparison point that’s worse than the first game.

Borderlands: The Pre-Sequel is nowhere nearly as beloved as the proper sequel, but it adds some needed narrative context between the first and second games. Back in 2014, it was criticized for being too functionally similar to Borderlands 2, but bundled in a collection like this, it’s a nice bonus title.

If you’re preparing yourself for the upcoming Borderlands 3 or want to step back and appreciate one of the best platformers out there, this is a great month to hop on board PlayStation Plus.

This isn’t the only recent PlayStation-related discount news. Just this morning, Sony announced their week-and-half-long Days of Play event, slashing the prices of a slew of games and console iterations.