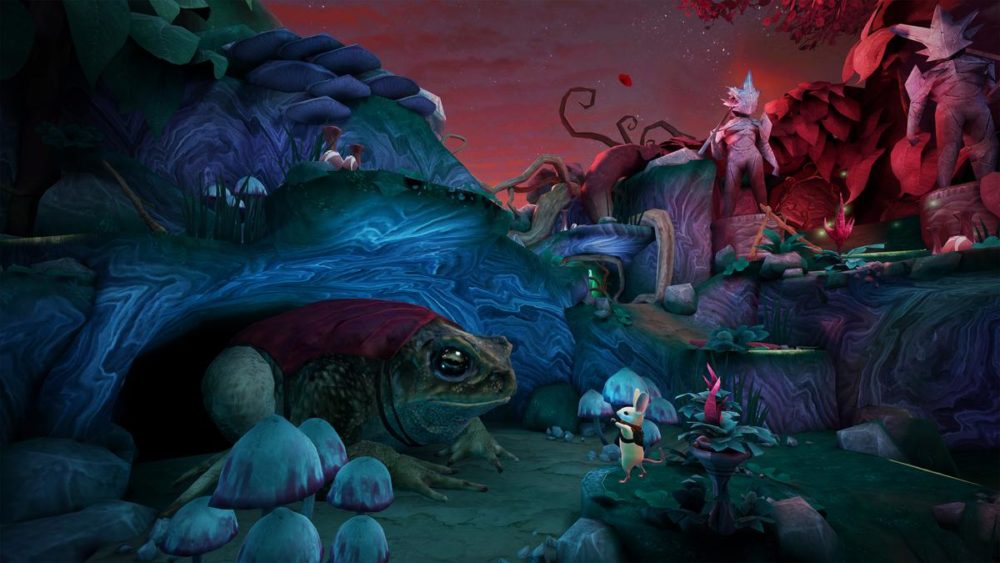 Quill the mouse is back and is receiving new content in her game Moss a little over a year after release, with a whole new chapter entitled ‘Twilight Garden’.

The update coincides with the game’s release onto Oculus Quest, and includes new environments, mini-bosses, challenges, puzzles, story elements, and even an alternate weapon and armor set for Quill you can use throughout the rest of the game.

The update with all the new content is free, and once downloaded Quill will be able to access the new areas through in-game portals.

Oculus Quest is the newest VR headset releasing later this month by Oculus VR, and is able to function without the use of a PC or wires of any sort. This makes it the one of the most portable high-tier VR headsets in the market.

In regards to Moss coming to the new, much more portable platform, Polyarc Principal designer Josh Stiksma said, “Now you can explore the whimsical fairytale [of Moss] from home or on the go as you travel, commute, and visit friends or family.”

In Moss, you control a small but determined mouse named Quill on a mission to save her uncle. You play as the “storyteller”, a separate character who is reading the story of Quill and therefore can influence the world to solve puzzles and fight enemies much like a reader could alter a story by shuffling words.

Quill is aware of the player, and will often interact with them in adorable ways such as pointing to items for puzzle clues or even communicating in American Sign Language.

We praised Moss for its charm and beautifully structured environments when we reviewed it in February 2018.

The Twilight Gardens update is coming first to Oculus Quest when the new headset launches on May 21, and is set to drop for PSVR, Oculus Rift, and HTC Vive sometime in June.