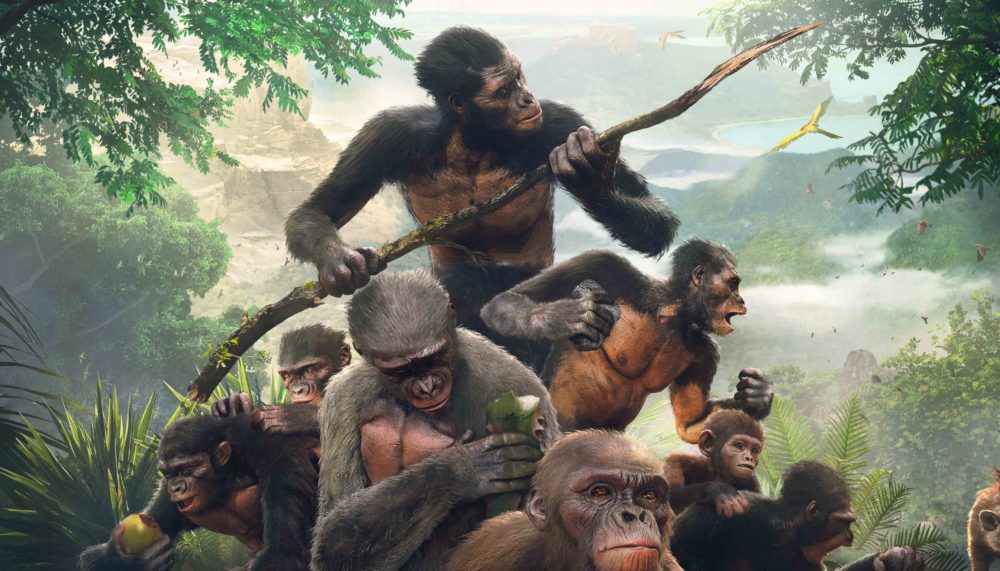 This morning, developer Panache Digital Games announced a release date for the PC version of Ancestors: The Humankind Odyssey and the launch month for the console versions.

Announced at last year’s Game Awards, Ancestors: The Humankind Odyssey is a project from the original creative director of the Assassin’s Creed series.

In Ancestors, the gameplay evolves as the player does, quite literally. Players live in a long-forgotten age, ten to two million years ago, and advance their generational evolution from a humble ape.

These animals play heavily into the gameplay. This is, after all, a survival game, so it only makes sense that players will have to battle to the death with other primitive animals for scarce resources.

As director Patrice Désilets mentions in a trailer, almost everything in this world is out to kill you. There are snakes, leopards, poisonous food, high-hanging tree branches, and the constant threat of starvation or dehydration.

It’ll be a harsh game – you’ll have to make the most of your surroundings.

Ancestors: The Humankind Odyssey is set to release Aug 27 on the Epic Games Store, with an Xbox One and PS4 release sometime in December.