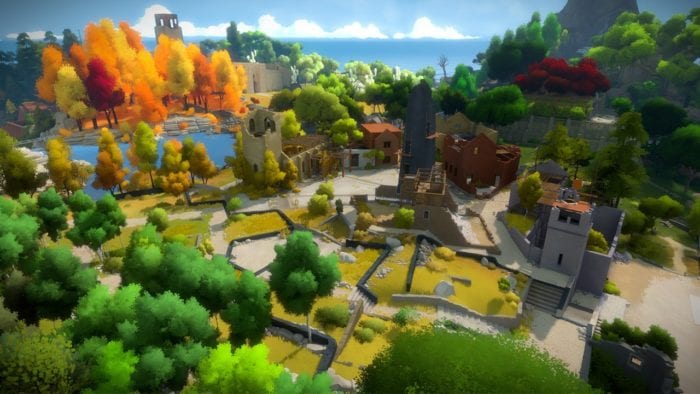 Puzzle exploration game The Witness is now available for all to download for free on PC through the Epic Games Store over the next two weeks.

The 2016 first-person adventure game offers over 500 puzzles across dozen of locations as the unnamed character explores the strange island in search of answers. It was created by Braid developer Jonathan Blow and has appeared on Mac, PlayStation 4, Xbox One, iOS devices, and the Nvidia Shield Android-based console.

The Witness will be available to download through the Epic Games launcher for the next two weeks until April 18. According to the launcher’s store page, the next game that will be free after is Supergiant Games’ Transistor.

Transistor is a science fiction action RPG that blends real-time and turn-based combat modes in an isometric view similar to the the developer’s previous game, Bastion. Supergiant Games also has its latest game, Hades, as an early access title only available in the Epic Games Store.

Epic Games has given away a free game from its platform every two weeks since the launch of its marketplace last December and plans to continue the free promotion throughout 2019. Previous titles that had been free for a limited time include Oxenfree, Axiom Verge, and The Jackbox Party Pack.