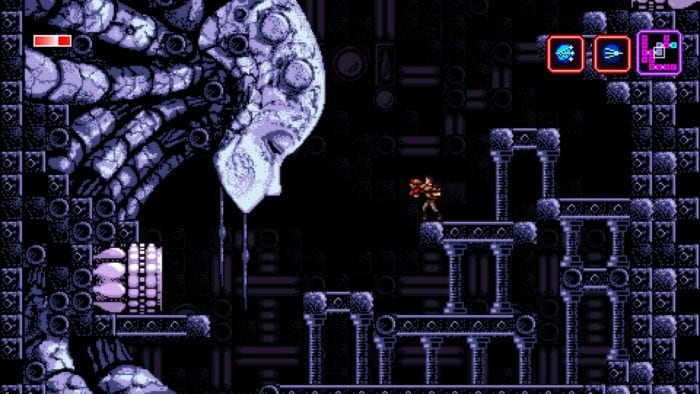 The Epic Games Store will be offering the metroidvania-like game Axiom Verge as its next free title towards the beginning of February.

Axiom Verge first launched for PlayStation 4 and PC in 2015, then was ported to PlayStation Vita, Wii U, Xbox One, and Nintendo Switch in the years since. It was developed by the one-man team Thomas Happ Games, where he was the sole developer, musician, and artist for the title.

It will be available as a free PC download from the Epic Games Store starting on Thursday, Feb. 7 and this specific offer will end two weeks later on Feb. 21. The Epic Games Store has been giving away a free game every two weeks since the store’s launch last December, including What Remains of Edith Finch and Subnautica, and has promised to follow that schedule throughout 2019.

The current free game by the digital marketplace is The Jackbox Party Pack and will be available starting today until Feb. 7. The first in a series of five packs, it contains five local multiplayer party games that require a smartphone or internet-connected device to use as a controller: You Don’t Know Jack 2015, Fibbage, Drawful, Lie Swatter, and Word Spud.