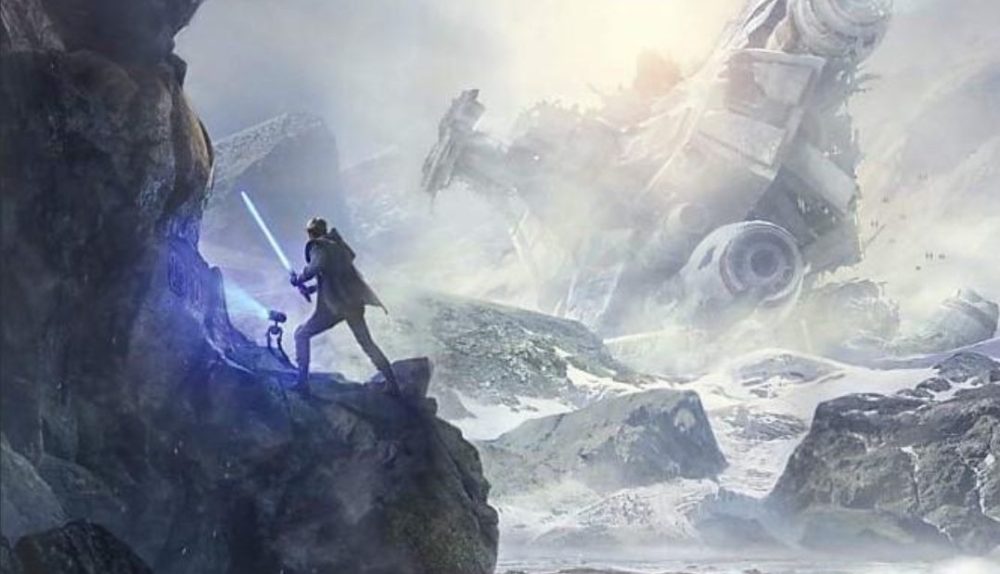 Artwork that appears to come straight from Respawn Entertainment’s upcoming action-adventure game Star Wars: Jedi Fallen Order may have been leaked in a rather weird way.

A listing on Amazon for a licensed T-shirt has been published before release, and it displays what is claimed to be a poster for the game. You can see it below.

At the moment we can’t be sure if this is legitimate, but it’s certainly interesting. We’ll have to wait for the game’s reveal on Saturday to know more.

The game is being developed at Titanfall studio Respawn Entertainment by a team dedicated to action-adventure games led by God of War 3 director Stig Asmussen.

Earlier this year, Electronic Arts executives had enthusiastic teases to share about the game, which is slated for the fiscal year 2020. Apparently, it’s “very far along in development.”

According to Chief Financial Officer Blake Jorgensen, the game is “exceptional in terms of its level of polish, depth, and living inside of the Star Wars world as a Jedi.” He also added that he thinks people will be blown away by it.

Whether that’s true or not, we’ll know this weekend, or at least we’ll get a glimpse of that.