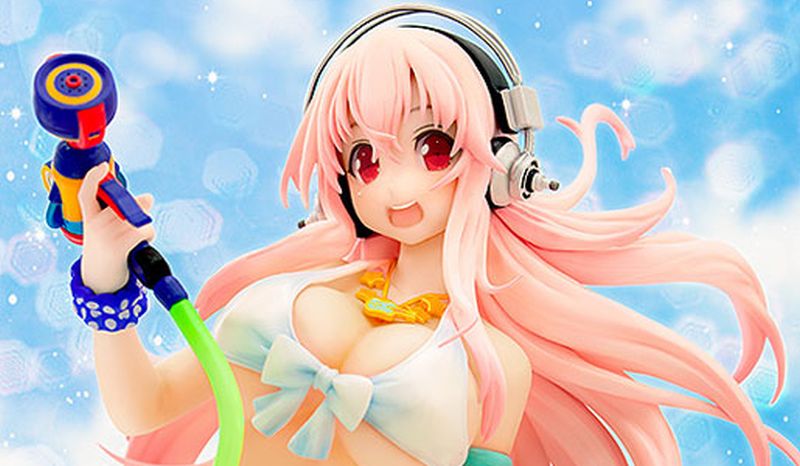 Senran Kagura: Peach Beach Splash has been released quite a while ago, but Honey Parade Games’ excursion into third person shooters still has quite a lot of fans, so it’s getting a new figure.

To be precise, this new figure mixes it up with one of the most portrayed characters in this world of PVC and ABS, Nitroplus’ Super Sonico, who appeared in Peach Beach Splash as a DLC crossover character. Yes. Some figure makers do like to get really, really specific in what they release.

She will be released by Phat Company in Jan. 2020, and she is already available for pre-order at Japanese retailers (including AmiAmi) for 14,400 yen, which translates into roughly $130.

She is sculpted by Amasu Ringo Renmei in 1/7 scale, measuring approximately 250 mm in height. You can check out the gallery below and see what she looks like.

Incidentally, this isn’t the only Senran Kagura: Peach Beach Splash figure coming from Phat Company. They’re also releasing Yumi, and both were originally revealed with prototypes at the latest Wonder Festival.

The game was released in 2017 for PS4. A PC version followed in 2018. It even just got a crossover event in the mobile game Shinobi Master Senran Kagura: New Link. Talk about an unexpected comeback.