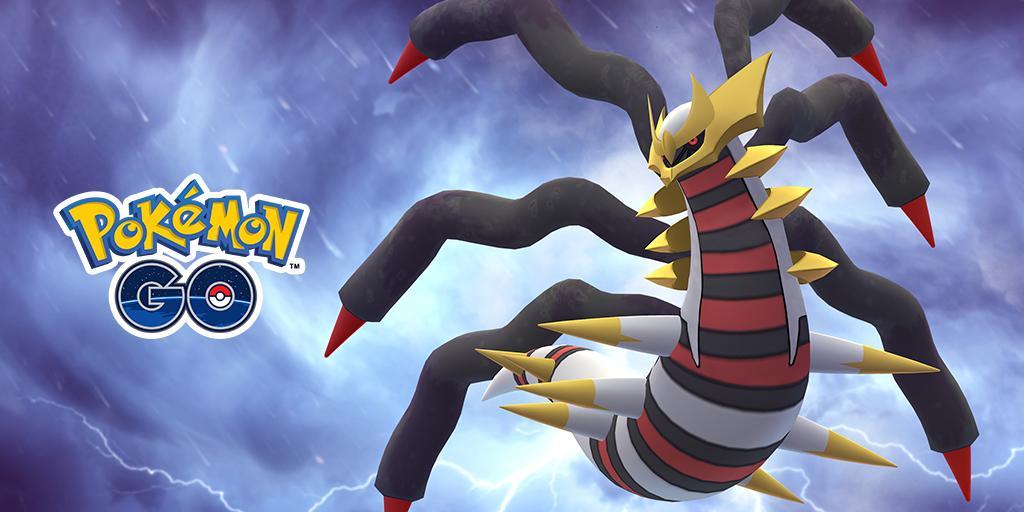 Why Origin Forme is More Powerful than Altered Forme

There are two major reasons why this new form is superior to the one we saw back in October. First off, Origin Forme has 38 more attack points than Altered Forme. This makes it a much more formidable Ghost attacker, trailing only behind Gengar and Shadow Ball Mewtwo. It’s a different story when it comes to Dragons though as it places 9th as a Dragon-type attacker.

However, this placement is still miles ahead of the lesser of Giratina’s two forms.

Secondly, Origin Forme Giratina can learn Shadow Ball. This Ghost-type move is the most powerful weapon Pokemon of that type have at their disposal. The considerably weaker Shadow Sneak was the other form’s strongest Ghost-type move.

Thanks to Giratina’s unique Ghost/Dragon typing, you have to get a little creative with your lineups. Ghosts and Dragons are the only types in the game that are weak to their own moves. Dark and Ice attackers will also hit this double type Pokemon especially hard. That said, here are the best Pokemon and movesets for taking on Giratina in no particular order:

Origin Forme Giratina is mostly going to be useful against other ghost type Pokemon. Shadow Ball makes it a more defensively sound Ghost attacker than Gengar. However, the original spiky specter is still preferable thanks to its strength and common availability.

As was mentioned before, Origin Forme Giratina is not a high-tier Dragon attacker, but it’s serviceable at high enough levels with the right moveset (Dragon Tail/Dragon Pulse). If you get one with the move Ominous Wind, then give it a Charged TM if its IVs are good enough. Ominous Wind is the worst move that this form of Giratina can learn.

Origin Forme Giratina has a better move pool than its Altered Forme counterpart thanks to the removal of Dragon Breath and Ancient Power. Here are the fast attacks this new form can learn along with typing and damage data:

These are the charged moves it can learn:

Giratina’s base stats are fantastic for Ghost types and just about average for Dragons:

That’s all there is to this raid and Origin Forme Giratina. Don’t forget to come back next week to check out our Latios raid guide once that dragon is out in the world.

If you want to make it easier to level up your brand new Giratina check out our Lucky Friends Guide and don’t forget to read our Pokemon GO Wiki if you have any more questions about the game.