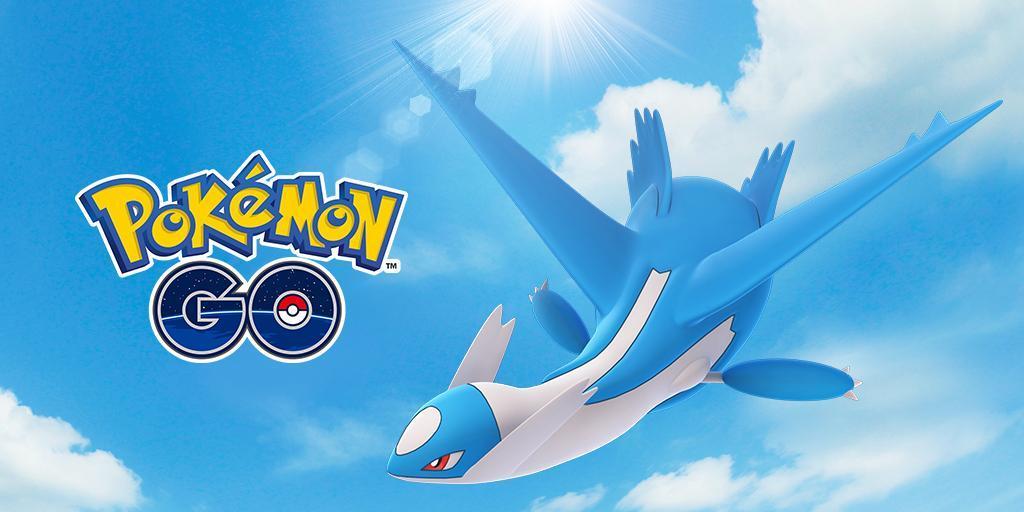 The blue Eon Pokemon, Latios, is stepping in today and interrupting the Giratina Pokemon Go raids for one week. If you haven’t added Origin Forme Giratina to your team yet, don’t fret. The Ghost/Dragon Pokemon will return next week. Here is your Latios raid guide, stats, and movesets.

How to Get Latios

Latios is available in level five raids starting today (Apr 15) and will leave them promptly at 4 p.m. on Apr 22. Since it’s a level five raid you’ll want to bring along a few friends. It’s hard to determine the minimum number of players you’ll need to take down Latios, but most of these raids require at least four high-level players. A mix of level 35+ and level 30-34 trainers should be fine.

If you missed out on the other Eon Pokemon, Latias, then don’t let that happen this time. Latios is a more powerful attacker than its red sibling. The only thing that brings it down as a dragon attacker is its lackluster Dragon-type moveset. Otherwise, Latios is top five when it comes to attack power for both Dragon and Psychic-types.

Latios is the fifth legendary dragon to be featured in raids this year, so this list will likely look familiar. It also has basically the same weaknesses as Giratina. The only major difference is Latios’ weakness to Bug-types. However, there aren’t any powerful enough bugs for that to matter in raids.

Also, if you’re gonna throw a Tyranitar out there, be careful. Latios’ Solar Beam will tear right through Tyranitar. Here are some suggested Pokemon to use during the raid alongside a suggested moveset:

Latios is one of the many legendaries in Pokemon Go that is a top five attacker in both of its types. Statistically, Latios looks fantastic, but the Dragon-type moves it learns are horrendous. It’s technically stronger than Dragonite, but Outrage and Draco Meteor blaze right past Latios’ Dragon Claw.

If you want to use Latios in PVE or PVP modes, a pure Psychic build is the way to go. It learns some of the strongest Psychic moves in Pokemon Go.

Latios will also last much longer than Alakazam and Attack Form Deoxys thanks to its superior defense and HP stats. Mewtwo is still the go-to for a Psychic attacker, but Latios is a solid secondary option.

Latios could be so good if it just had better Dragon-type moves. Luckily, it’s not a complete lost cause thanks to its Psychic-type moves. Here are Latios’ fast moves:

Stay away from Solar Beam on Latios. It’s a vicious move, but focusing on the Dragon or Psychic moves makes more sense. Here are Latios’ charge moves:

Latios’ hard-hitting Psychic moves make it one of the most dangerous attackers in the category. Its defense and HP also make it one of the sturdiest Psychic attackers. Latios also has good defense compared to other top Dragons, but it falls behind when it comes to HP.

While it’s certainly no Mewtwo, Latios is a good Psychic-type option to add to your lineup if you missed out on the Genetic Pokemon in past raids; here are its stats:

That’s all there is to know about Latios. If you want to prepare yourself for when Giratina returns next week check out this raid guide and of course don’t forget to check out our Pokemon Go Wiki for all your PoGo needs.