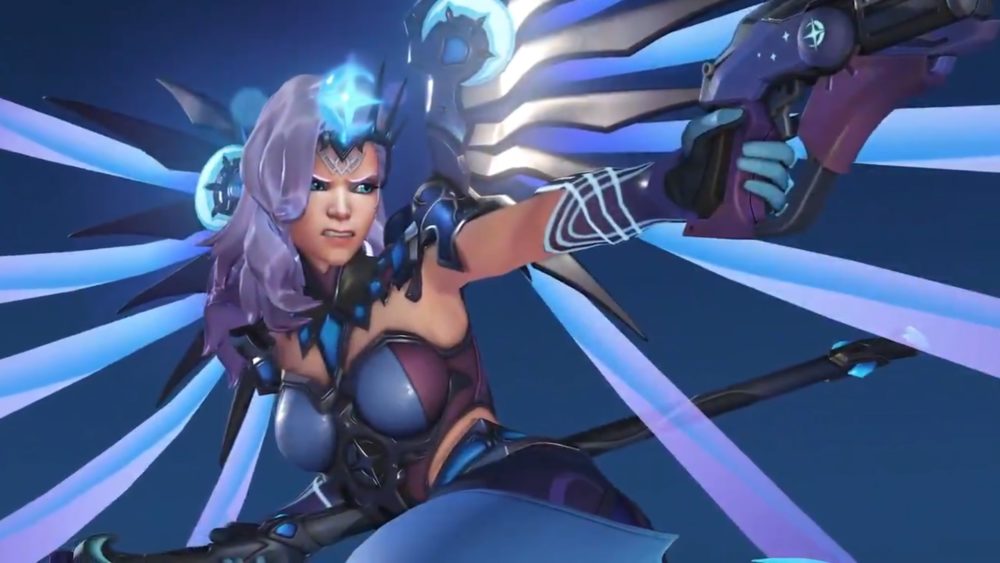 Overwatch is currently in the midst of a cosmetic-filled seasonal event and two more exclusive skins are on the way the day after “Archives” comes to a close.

Tracer and Genji received flashy makeovers during last year’s All-Star event while this time around Mercy and Lucio will don skins inspired by the League’s two divisions (Atlantic and Pacific). You can check out an overview of the skins in the embedded Tweet below.

Each legendary OWL skin will cost 200 Tokens (double the cost of standard League skins). These Tokens can be purchased with real money or earned by watching matches live on Twitch or other Overwatch League platforms.

As a bonus, Blizzard has announced that during this year’s event fans can rack up 6 Tokens per hour instead of last years 3. If you’re lucky, it’s also possible to pick up free 100-Token drops during live broadcasts.

The new legendary skins will be available from May 7-22, although the two-day Overwatch League All-Stars event won’t begin until Wednesday, May 15 at 6 pm PDT. The highlight of the event will, of course, be the All-Star game itself where the best-of-the-best from the Atlantic and Pacific divisions “will compete for bragging rights in an intense first-to-four-map series with Overwatch League competitive game settings.”

In addition, a number of creative exhibition matches will also go down during the All-Star celebration. There will be a Widowmaker 1v1 “headshots only elimination bracket” featuring the best snipers from the Atlantic and Pacific divisions, a match entitled “Talent Takedown” that swaps players and announcers, and an “All-Star Arcade” featuring a variety of creative, just-for-fun game modes.

Blizzard has come up with a list of intriguing new modes for the all-stars to play, and has invited fans to vote for their favorites on April 26. You can find this list (featuring match types like 6v6 McCree only and Ganji/Hanzo only) on the Overwatch League All-Star page. There, you can also find more info on ticketing and how you can vote for your Arcade mode choices on Twitter.

Gear up for #OWL2019 All Stars with legendary skins for 200 tokens each!