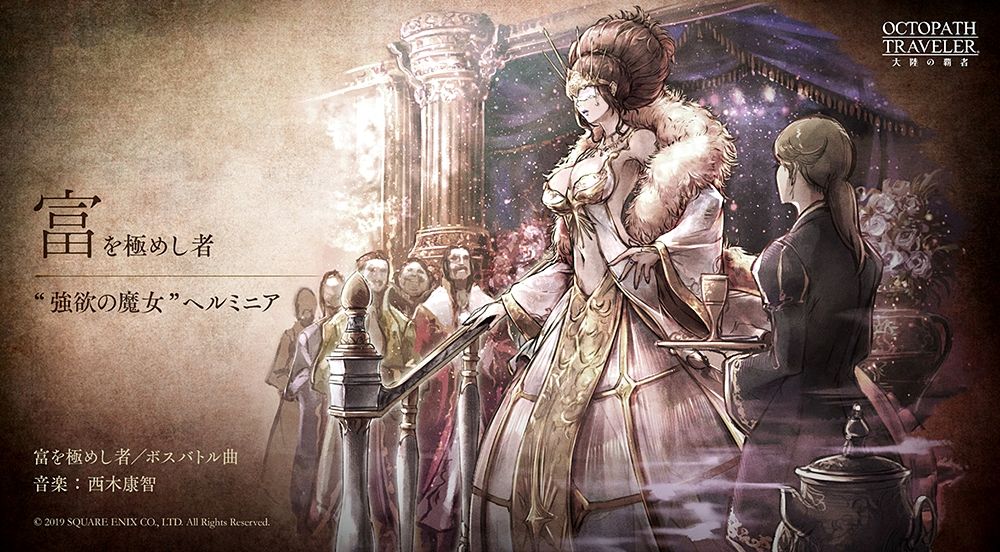 Over 200,000 gamers have pre-registered for the upcoming mobile game, which is quite nice considering that only a month has passed since the original announcement.

In order to celebrate the milestone, the publisher revealed a new music track which is a battle theme bound to tied wealthy villainess Herminia, composed to express her outer beauty and inner ugliness.

Incidentally, you can see her portrayed in the artwork above, surrounded by her courtiers and lackeys.

You can listen to it at the bottom of the post.

If you’re unfamiliar with Champions of the Continent, it’s a mobile prequel to the successful JRPG Octopath Traveler for Nintendo Switch (which shipped over 1.5 million units worldwide), featuring all-new characters and stories, but similar gameplay adapted for mobile platforms.

Of course, the charing HD-2D visuals are also making a comeback.

If you’re interested in Octopath Traveler, we have solid reasons to believe that it’s coming to PC, as yesterday Square Enix itself leaked a blog post that announced the port, only to delete it. The official announcement should come soon, so stay tuned.