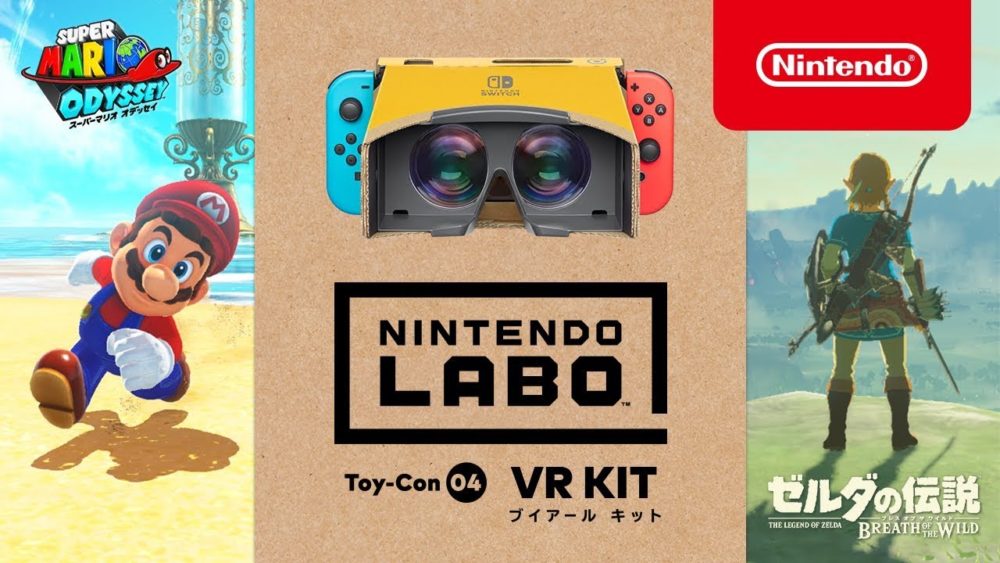 Apparently, two of the biggest games for the console, Super Mario Odyssey and The Legend of Zelda: Breath of the Wild, will support the headset.

Mario will get a specific mode in some of its kingdoms that will let you find notes and coins. The support for Zelda is perhaps even more exciting, as the whole game will be playable in VR, and you can put on the goggles at any time during your adventure.

You can see how that will work in the trailer below. If you want to see more, you can also enjoy a previous trailer.

Nintendo Labo VR Kit will be available as a bundle titled Nintendo Labo Toy-Con 04: VR Kit, or with a starter set with Toy-Con VR Googles and a Toy Con Blaster, which can be expanded with two expansions. The first includes a Toy-Con Camera and a Toy-Con Elephant, and the second comes with a Toy-Con Bird and a Toy-Con Wind Pedal.

Of course, the bundle will come with all the all of the Toy-Cons mentioned above, and you’ll need none of them besides the VR Googles to enjoy Mario and Zelda right in your face.