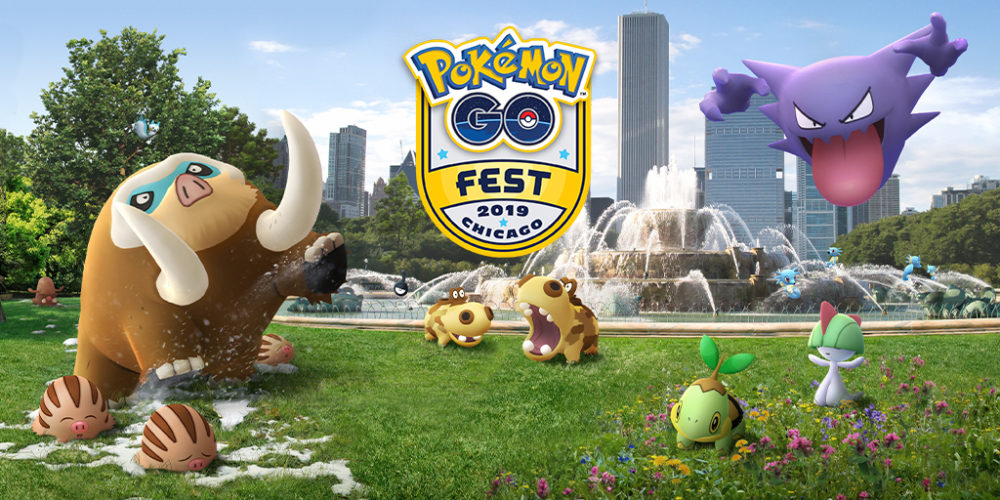 Spring might have just begun, but Niantic is already working on its summer celebrations.

Earlier today, Niantic announced the next slew of Pokemon GO events, including Fests, Community Days, and Safari Zones. Between June 13th and 16th, the company will hold its annual Pokemon GO Fest in Chicago, Illinois’ Grant Park. Trainers can expect plenty of activities, challenges, and socializing.

Barely a month later and for the first time ever, Pokemon GO Fest will travel overseas to Dortmund, Germany. From July 4th to July 7th, players can visit Westfalenpark for more Pokemon activities. Niantic also has a “2019 Summer: Pokemon GO Fest Asia” in the works, but the company isn’t ready to reveal any big details yet. As always, trainers will need to buy tickets to participate in Pokemon GO Fest, and worldwide events will coincide with each event so trainers who can’t make it won’t feel left out.

Judging by the announcement page’s image, players can expect quite a few returning faces for the Chicago Fest, including Unown, the regional exclusive Pachirisu, and the Horsea, Gastly, Ralts, Turtwig, and Swinub lines. The picture also reveals a newcomer for Pokemon GO: Hippopotas. It probably goes without saying that Hippopotas’ evolution, Hippowdon, will also come along for the ride.

Niantic has also announced a summer’s worth of Community Days dates. While we don’t know which Pokemon or special moves will feature during these events, trainers should clear their calendars for May 18th, June 8th, July 21st, and August 3rd.

Moreover, Niantic has a few Safari Zones waiting in the wings. However, the company is being hush-hush about their dates, locations, and associated catches. Right now, all we know is these events won’t crop up until the second half of 2019,

Given the improvements we saw between the disastrous 2017 Pokemon GO Fest and the cleaner 2018 Fest, participants can probably expect an enjoyable Poke-fueled romp this year through Grant Park, Westfalenpark, and wherever Pokemon GO Fest Asia will land.

For more news on Pokemon GO, stick with Twinfinite.