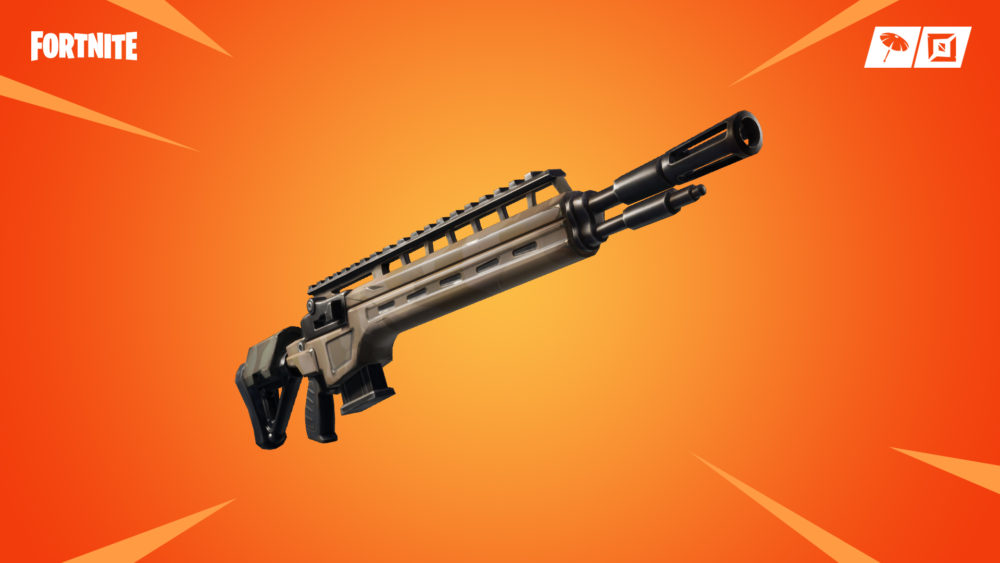 Epic Games has just released the patch notes for today’s Fortnite 8.40 update, which includes a number of Limited Time Modes, legendary and epic rarity Infantry Rifles, and even lets you pet dogs and other pets. What’s not to love?

The patch notes which can be found in full over here, detail two Limited Time Modes. Air Royale sees the action take to the skies, as players hop into X-4 Stormwing planes to conquer the island in the air. Touching the ground results in immediate elimination and loot chests of different rarities will rain down from the skies so players aren’t stuck with common weapons the entire time.

Floating repair kits also make an appearance to give players a chance of fixing up any damage to their planes, as well as granting players a health and shield boost. You can check out the LTM’s trailer down below.

If you’d rather have some on-ground action, Deep Fried is the other Limited Time Mode in Fortnite’s 8.40 update. Players are divided into two teams on either side of the map, which a huge barrier down the middle separating them. Lava rises from the floor and players must protect their respective restaurant mascot.

It’s essentially a combination of the Floor Is Lava and Food Fight LTMs we’ve seen in the past, and we’re all in.

Arguably the most notable aspects of Fortnite’s 8.40 update come in the form of the weapons and items that have been added (or make a return). The Infantry Rifle now has epic and legendary variants, dealing 42 and 44 damage per shot respectively. They can be found as floor loot, chests, supply drops, and vending machines and use medium ammo like their more common counterparts.

As we’re approaching Easter, too, Epic Games has opted to bring back the Egg Launcher, too. This is simply a festive skin for the Grenade Launcher and doesn’t change any of the stats of the weapon, but it’s always nice to watch an explosive egg bounce and eliminate your opponent.

Finally, the latest update also allows players to pet the dog, and other pets. Currently, it remains to be seen how this will be done in the game, but we’ll take a guess it could be added to the emote wheel. That’s just us speculating for now, though.

Epic has announced that downtime has begun for the rollout of this latest patch, but has yet to clarify exactly how long this downtime may go on for.

What do you make of the Fortnite 8.40 update patch notes? Let us know in the comments down below. Looking for help completing the Season 8 challenges or just have some questions about the latest season? Be sure to check out our Fortnite Season 8 guide wiki.