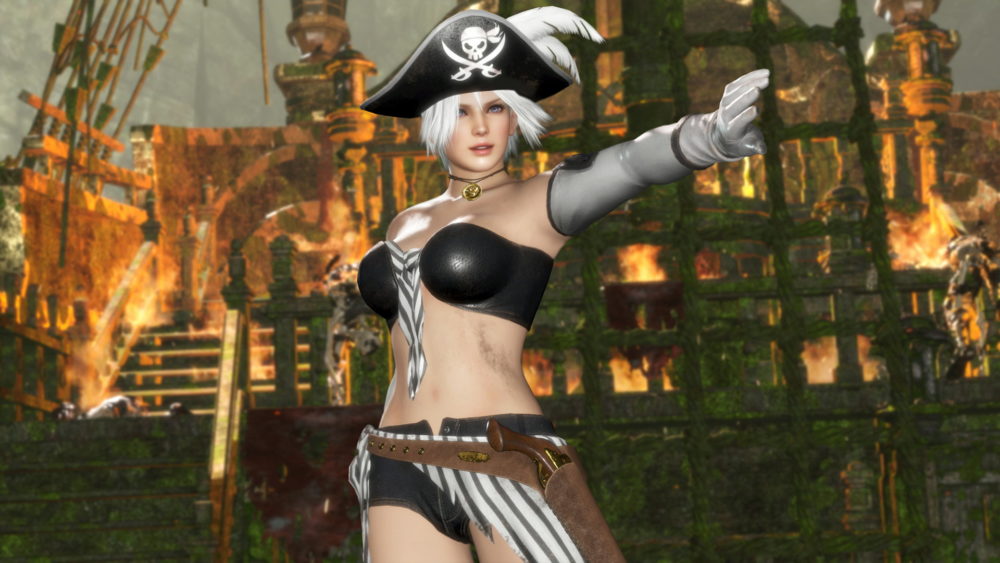 Below You can read the full patch notes courtesy of Koei Tecmo’s Twitter account, which also mentioned a couple of known issues that the team is working on correcting.

The patch ver1.04a includes the following updates and is scheduled to release on all platforms and regions on 4/25. However, within this update, we have identified some issues that we are currently working on correcting. #DOA6 [1/3] pic.twitter.com/74E8yxSNlH

The game version used for KVOxTSB 2019, the 1st #DOA6WC Japan offline qualifier, will run the competition on a unique version that removes the issues mentioned. Another event in Japan, E-GST AKIHABARA Vol.1(4/30), will be using Ver1.04a. Thank you for your understanding. [3/3]

The “Pirates of the 7 Seas Vol.1” DLC is already available, and you can check out pictures for all the costumes involved at the bottom of the post.

Speaking of tournaments, the developer also added an “event mode”  to Versus gameplay that will disable recording, saving, and progression, lock holds to 4-way, and made the pause menu a bit more intrusive by requiring to hold the Options button. It also activates an “exposure minimization” options for those who want their competitions as family-friendly as possible.

If you want to learn more about Dead or Alive 6, you can read our review of the game and check out some recent information from Producer Yohei Shimbori.