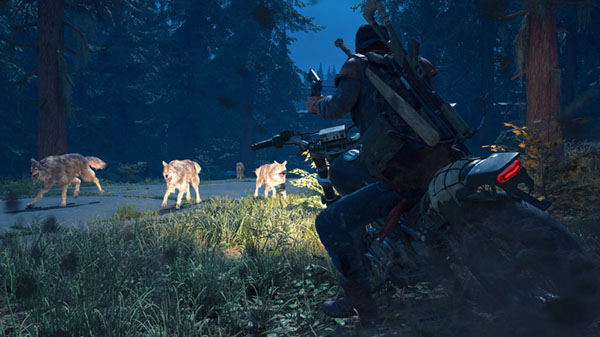 Humans and Freakers aren’t your only threats in the world of Days Gone, something that PlayStation has detailed in a brand new trailer ahead of the game’s release. The “Infected Predators” trailer shows off a number of animals that have also been infected by the Freaker virus.

First up are the Runners, infected wolves that’ll chase you down as a pack. You can usually run away from most enemies in Days Gone, but the Runners will relentlessly hunt you down, whether you’re on foot or on your bike. “They’re these creatures that are meant to take away your greatest asset; the bike” comments Game Director Jeff Ross.

Next are the Ragers, massive infected bears that are juggernauts that’ll charge and demolish you. These enemies pose one of the biggest challenges in the game, and you’ll need to keep your distance if you want to have any hope of surviving.

The third and final enemy type introduced in the trailer is Criers, one of the more unique ones in the game. These are flocks of infected crows that will dive bomb and attack you if you come anywhere near their nest. Crows are animals that generally wouldn’t be volatile, but the Freaker virus makes them incredibly violent.

The trailer shows each of these infected animals in action with a bit of context for the idea behind each one. You can watch the whole thing down below.

Days Gone launches on April 26 exclusively for PlayStation 4. Sony has released a wealth of other trailers for the game recently, including a look at Deacon’s bike and a behind-the-scenes video at Sony Bend Studio. You can also see more details about the free DLC coming this June.