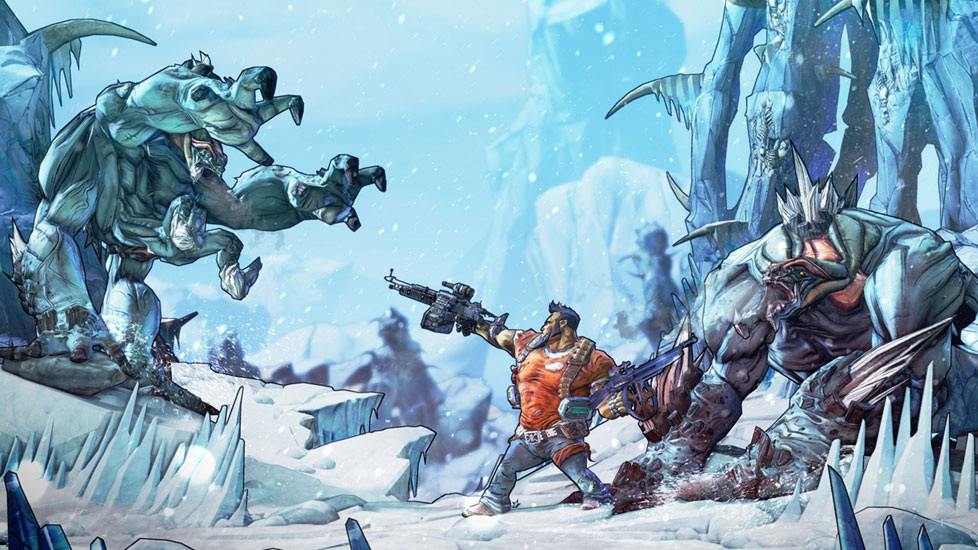 The Borderlands series is very much back in the news after the Borderlands 3 announcement and the resulting controversy surrounding Gearbox Software’s exclusivity deal with Epic Games. If you’re not very familiar with the series, you have an opportunity to get acquainted if you want to. Borderlands 2 is available for free on Steam for the weekend.

The free weekend kicked off today and will last until Sunday, April 7. In addition, Gearbox is also offering beefy discounts on the base game and a number of its DLC packs. The base game is currently available at 75% off or you can grab the Game of the Year Edition at 78% off.

It’s worth noting that the GOTY version doesn’t actually include all the DLC packs so you’ll need to purchase some of them individually in order to get the full experience.

Alternatively, you can just grab Borderlands: The Handsome Collection and get all the content in one fell swoop. The collection includes Borderlands 2 and Borderlands: The Pre-Sequel, as well as all the many DLC packs released for both titles over the years.

Borderlands: The Handsome Collection is available at 93% off. Regardless of which version you’re interested in, you may want to hurry up if you want to take advantage of the discounts because the promotion will only last until April 10.

If you already own Borderlands 2 on Steam, this is a good time to jump back in because Gearbox recently released The Handsome Collection Ultra HD Texture Pack. The texture pack is pretty much what you’d expect and brings with it some much-needed visual upgrades to the game.

This includes remastered 4K textures for environments, characters, and weapons along with improved anti-aliasing, dynamic shadows, ambient occlusion, and more. The texture pack is free and can be downloaded separately for Borderlands 2 and Borderlands: The Pre-Sequel.

Borderlands 3 is scheduled to launch on Sept. 13 for PS4, Xbox One, and PC. The game will be available exclusively on the Epic Games Store at launch but Steam and other PC digital marketplaces will be able to also sell it starting April 2020.