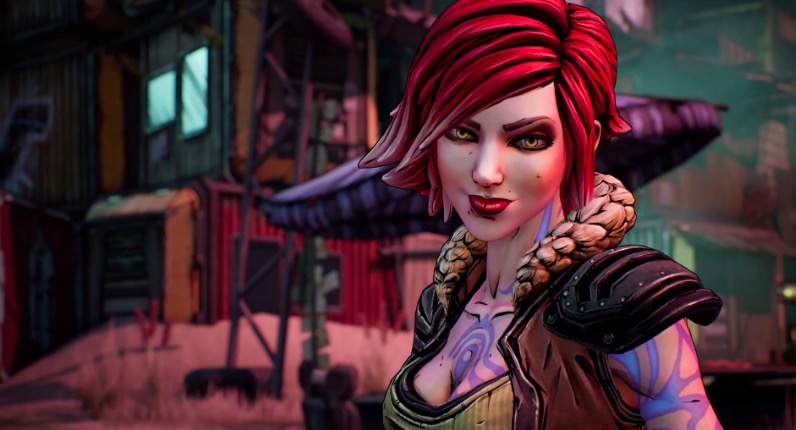 During PAX East this weekend, Gearbox and 2K finally unveiled Borderlands 3 to the masses after what felt like weeks of teasing and torturing.

The looter shooter series is coming back to consoles and PC this year, but with one little caveat: Borderlands 3 will be exclusive to the Epic Games Store for a six month period. The game will not be released on Valve’s online store and launcher, Steam, until 2020.

Surely, fans are to be at least a little bit upset about this unfortunate news, and some are even feeling betrayed by developer and publisher, Gearbox and 2K. Longtime Borderlands fans have always been able to play the series on PC day and date with the console releases, by using Steam, the preferred launcher for many PC gamers.

A Reddit thread started by Mattmo831, asks for people to rally with him to boycott both the Epic Games Store and Borderlands 3 itself until the game comes to Steam. Not entirely sure if he’s 100% serious on this matter, but you can read his post for yourself:

His argument against Epic’s launcher is that it’s apparently “shitty.” If you can’t read the entire post, then you can read it right here:

“We can’t just let Epic Games keep buying out exclusives to their shitty launcher. This is very anti-consumer and it is literally epic paying millions to 2k just to fuck over us the buyers. I really suggest everyone on pc to boycott the game until it releases on steam so Epic does not get any of our money. I understand waiting 6 months may be hard… I am a huge Borderlands fan myself but with situations like this we must vote with our wallet and let them know this isn’t ok.”

Another user also adds their opinion on the matter:

“No reviews, no refunds, Chinese spyware and generally bad treatment for customers.” And another:

“The Epic Games Launcher is actual insecure rubbish that doesn’t exist to solve any problems and instead creates or reintroduces several that Steam or GOG don’t have.

Rather than address these issues, this company with a majority of its shares held by a Chinese company known for harvesting your data and ruining everything it touches, instead decides to try and buy the audience with anti-consumer exclusives.

You can do whatever you want with your money, I refuse to support lazy distributors trying to cheat their way into a market that doesn’t need them.”

This kind of stuff isn’t new. Recently, the Epic Games Store has been seeing a rise in its catalog of exclusive triple-A games. As of right now, Metro Exodus, The Division 2, and Darksiders III are all exclusive to Epic’s launcher.

Borderlands 3 isn’t even going to be an exclusive forever, as we previously mentioned, but still, the news has angered fans who have always used Steam for looting and shooting with their buddies online.

Imagine, for almost ten years you’ve been playing your favorite series of games on Steam, the client that all of your friends are on, then someone takes that option away from you, forcing you to use what users have been exclaiming to be, a “garbage launcher with barely any features besides spyware.”

While the Epic Games Store hasn’t been the first option for consumers, the PC client has been turning heads of developers and publishers alike, due to the 12% cut that the store takes.

Compared to Steam’s 30%, the Epic Games Store is the place to be for publishers, financially. But, to make fans jump over to the other side might prove difficult, especially if they are hardcore fans of that series of games, like Borderlands 3 for example.

Epic Games???… So my Love for Borderlands ends right here. Always supported this game and collect everything. Now I goin to sold everything away. Thanks, 2K, Randy, Gearbox… and who ever. I hope you will regret this dicsion.

Here are a few other tweets that I ran into expressing similar emotions: “oh, u mean EPIC EXCLUSIVE on PC, way to choose a platform that doesn’t even have an add to cart button.” “@Borderlands I won’t be buying this game on epic. if it is an epic exclusive i will not be purchasing it. i have supported you through many games and will not be purchasing this one. #savesteam”

And here’s one more that argues in favor of being able to play PC games wherever they want:

“Well, I can understand if this entire deal was made before the whole Epic Store debacle, but the principle of the frustration isn’t that it’s on the Epic Store, but its EXCLUSIVELY on the Epic Store. People should have the right to purchase their games from any platform they like.”

As you can see, some folks aren’t happy about this exclusivity deal at all. There are also enraged fans of Borderlands that have begun review bombing Borderlands and Borderlands 2 on Steam, in a way to maybe reach out to Gearbox and 2K – a cry for help:

Borderlands 3 announced officially as an Epic Games Store exclusive, and as some predicted, review bombs have begun for Borderlands 1 & 2 on Steam.

This is likely the first real test of what Steam's new "off-topic review bomb exclusion" system will look like in practice. pic.twitter.com/lOcmFeJkMO

Since being on Steam, the reviews for the first two Borderlands games have been overwhelmingly positive on the PC gaming client. Their approval rating is over 90% and fans of the series have not had many issues with this version, but a ton of recent reviews have been very negative.

With both games combined, there have been over 400 negative reviews with comments on the Steam page such as: “Chill backstab, Borderlands 3 epic games exclusive..” “Sold themselves to Epic Games.” “Epic? Really? Gearbox, you should know better.”

Currently, as you can see from these screenshots below, starting today, the ratings have dropped severely.

This is Borderlands 2 at the moment, with 263 negative reviews that were given to the game just today.

The numbers are steadily growing, with more negative reviews bombing the series every time I refresh the Steam page.

We’re not sure what Gearbox and 2K can do to remedy the outrage from some of the Epic Games Store naysayers. With the continued rivalry between Valve and Epic fans, it seems that gamers still aren’t ready to use two separate clients for their gaming sessions.