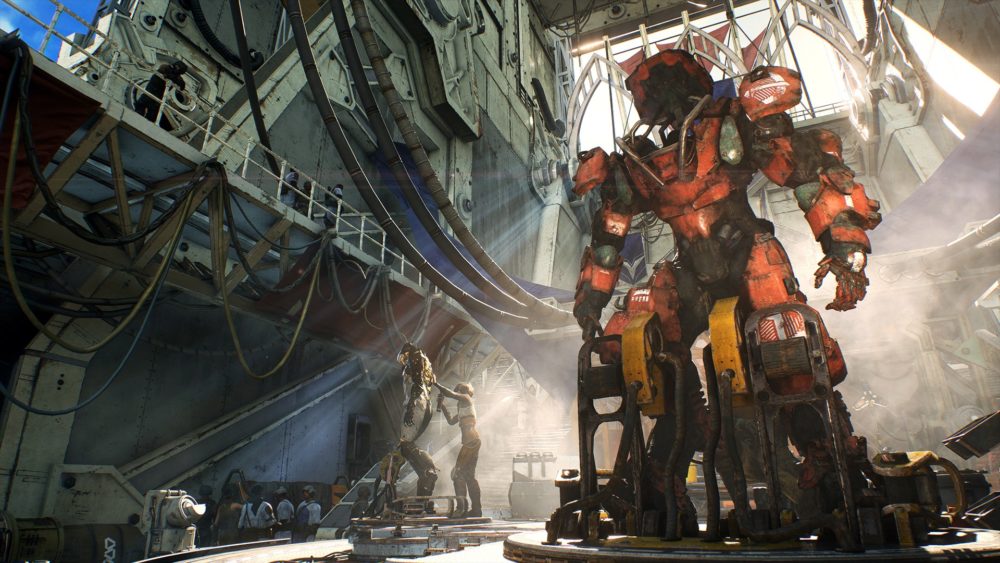 BioWare recently rolled out Game Update 1.1.0 for Anthem, which includes several anticipated features. However, the company post-faced the news with an unexpected but not exactly surprising delay announcement.

Anthem might have started off rough, but the developers at BioWare are listening to gamers, as indicated by the game’s latest patch notes. While the update is full of bug fixes and new/rebalanced masterwork weapons, abilities, and components, the meat of the update comes from several quality of life improvements, most notably the new and improved Forge.

A major point of contention from Anthem gamers has been an inability to access the Forge during missions, strongholds, and freeplay, i.e., where it matters most. If players wanted to swap out one of their limited weapon or ability slots in the middle of combat, they were out of luck. But finally, update 1.1.0 lets players open the Forge any time, any where.

Players can also now select contracts on the expedition screen, and they don’t have to return to Fort Tarsis or the Launch Bay after every mission. As of this update, gamers can launch into a new mission from the end of expedition screen. And, ten weeks after the game officially launched, Anthem also has a new stronghold mission: The Sunken Cell.

The final big quality of life improvement in update 1.1.0 deals with combo, detonator, and primer abilities. While BioWare hasn’t changed these abilities, Anthem’s in-game collection of lore and tutorials, the Cortex, now explains each ability. Moreover, for the sake of organization, each primer/detonator ability entry in the Cortex features their respective symbol.

However, even though BioWare implemented some improvements that were a long time coming, players will have to wait even longer for other features that were promised during Anthem’s touted Act 1 roadmap.

Anthem Community Manager Jesse Anderson stated on a reddit post that BioWare won’t meet all the goals the company set for itself in a timely manner. Since BioWare prioritized bug fixes, stability, and game flow improvements —and since the studio had to fix more problems than they expected— they had to delay quite a few anticipated features. Gamers will have to wait for the Mastery System, guilds, phase 2 legendary missions, weekly stronghold challenges, leaderboards, certain freeplay events, and the limited-time Cataclysm events. And no, Anderson did not give an ETA for any of these features.

Anderson promises all the delayed features are on their way, as are loot and progression improvements, but many commenters are still annoyed by the wait.

For the latest news on Anthem, stick with Twinfinite.