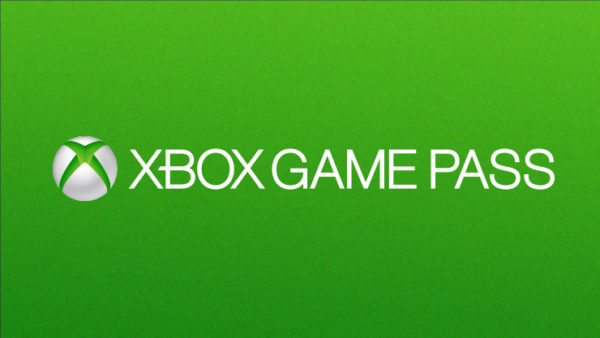 During a livestream from PAX East hosted by Microsoft’s Xbox Live Director of Programming Larry “Major Nelson” Hryb, we heard more about what the Xbox Game Pass service does for developers.

Oxenfree co-director Sean Krankel from Night School Studio talked about what Xbox Game Pass did for his game.

“When we brought Oxenfree to Game Pass it was really interesting because we initially thought it could cannibalize our other sales or what’s that gonna do, and actually it was just the opposite. It was something that lifted sort of all of our sales because we found that we found a lot of new audiences.

We found people who tried the game who wouldn’t have otherwise tried it, they might not have understood the genre… It has really become a super-important part of our ecosystem because it’s just really discoverable.”

Krankel also confirmed that thanks to the experience with Oxenfree, Night School Studio’s next game Afterparty is going to launch on Xbox Game Pass day and date with its traditional release (even if he’s not yet ready to say when that date will be).

He then mentioned that it’s a new way for the studio to reach new audiences and get people talking about the game to people that aren’t subscribed to Game Pass, so this actually improves sales on other platforms as well.

Krankel believes that the size of the games made by Night School is also perfect for Game Pass. Being about seven hours long, people aren’t intimidated by the time investment necessary to try them out.

“It’s an exciting time for developers certainly of our size, because looking at something like Game Pass, it’s a new way to get games out there, right? I think if you look a few years ago, a team of our size, even taking a swing at Oxenfree — a single-player fairly short experience — was semi-risky, and fortunately, the game paid off.

Yet, now working with you on Game Pass, we get to find a much larger audience in a way that isn’t “how do we jam this game full of free to play mechanics” which is something that really doesn’t jive with the creatives for it.”

He also added that it’s cool that Game Pass is curated and “very low-risk,” and mentioned that game pass proved that players can go beyond their genres of choice if they are offered the opportunity to do so.

“Game Pass really shown us that your purchasing patterns can come from the genres you care about, but there is nothing to say that you won’t like another type of game if you just try it out.”

Later in the stream, Hryb mentioned that Microsoft will continue to work with developers to get titles onto the service day and date with their traditional releases. They’re also working on discoverability, to give exposure to the games that subscribers may not otherwise consider.

Hryb was also asked by the audience how developers whose games are on Games Pass share into the revenue, whether they receive money depending on how much a game is played, or there is an agreement beforehand, or something else. While he could not provide a direct answer due to contractual reasons, he still made an interesting point:

“I’ll just say that there’s a lot of work that Microsoft has done with our store to enable a lot of great information and a lot of great ways to understand how people are using their game. It’s not like we’re looking at you and saying “this is how you’re playing the game, this is how long.” It’s really that we invested in the infrastructure for instance to give entitlements and things like that.

There is a lot of work that we have done on the back end, and look, I worked at Microsoft for almost twenty years […], and this company understands data like nobody. It understands how to build tools to make sure that we can be as flexible as possible. Part of it is being software company and being able to be flexible. I know that this didn’t answer your question directly, but it’s pretty complicated and I wish I could answer. It’s kind of the secret sauce.”

Interestingly, Hryb also mentioned that the Game Pass team is looking at ways to give subscribers advance notice about games that are going to be removed from the service. The challenge is that they have to be “really respectful of the gamer” when sending notifications so that they’re not spammy.

There are a lot of questions about various elements like placing those notices in the user interface so that they aren’t seen as ads. They’re trying to find the right way to communicate this kind of data effectively and respectfully.

If you’re not familiar with Xbox Game Pass, it’s a service that offers over a hundred rotating games for a rather affordable subscription. The first month costs $1 at the moment, and then it’s $9.99 for the following months. The service is updated regularly with new games.