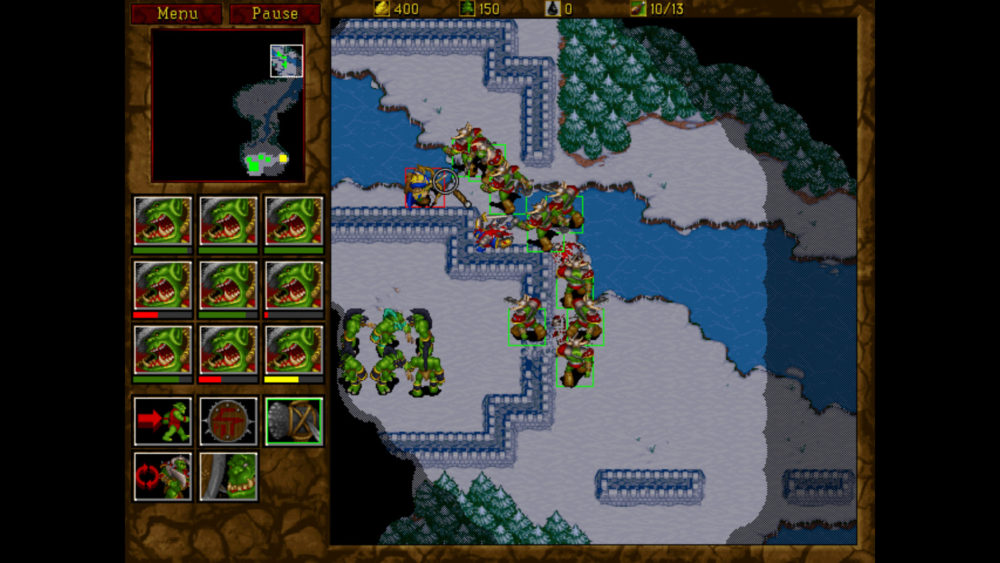 The release of both Blizzard real-time strategy games marks the first time either game can be bought online since their original launches in 1994 and 1995. Both have been updated in different ways to support modern computers or online multiplayer.

According to GOG.com, Warcraft: Orcs and Humans still “plays and feels just like the original from 1994” but has been updated to work with modern operating systems. Meanwhile, the new version of Warcraft II has been re-branded as Warcraft II Battle.net Edition.

The new edition is similar to Diablo’s release on GOG.com earlier this month by containing two versions of the same game with key differences. The classic version of the title does not contain any new fixes but supports online multiplayer through Blizzard’s Battle.Net service, while the modern version trades online multiplayer for fixes, full compatibility with modern computers, and hi-resolution support and upscaling.

Both versions of Warcraft II Battle.net Edition contain the Tides of Darkness and the Beyond the Dark Portal expansions.