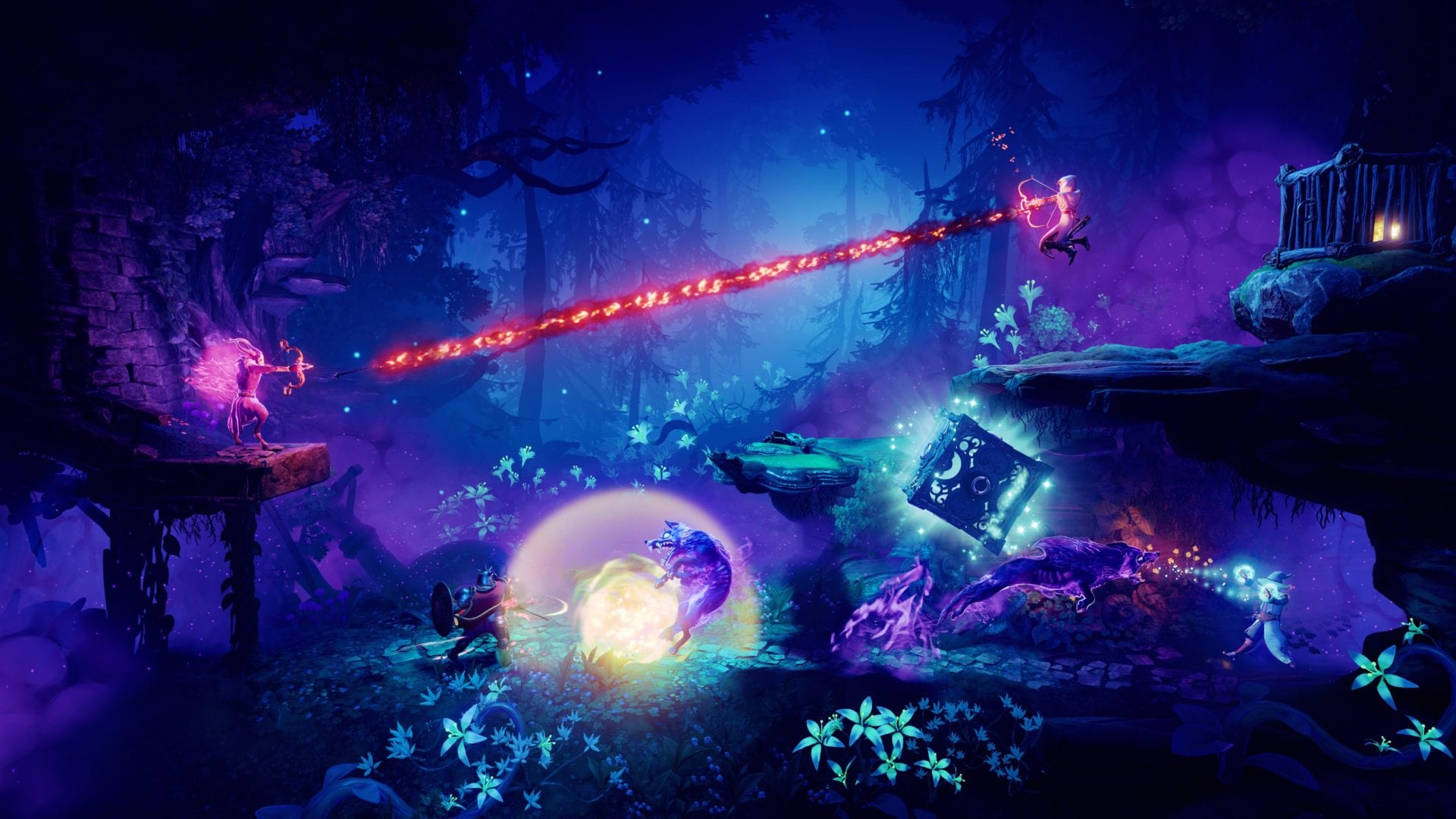 Trine 4: The Nightmare Prince and a compilation of all four Trine games in the franchise will be coming to almost every platform this fall, developer Frozenbyte and publisher Modus Games announced today.

According to the press release, Trine 4: The Nightmare Prince will return to the series’ 2.5D perspective of Trine and Trine 2 with the same three heroes and more physics-based puzzles. Trine 3: The Artifacts of Power took a departure from the series with fully 3D gameplay.

“After years apart, the Astral Academy has requested help from the three heroes to find Prince Selius, whose intensely dark nightmares have begun to slip into reality and wreak havoc on the waking world,” the game’s description reads.

The game will feature a “completely revamped combat system,” diverse abilities and new skills, and online or local co-op with up to four players, a first in the series. Trine 4: The Nightmare Prince will be coming this fall to PlayStation 4, Nintendo Switch, Xbox One, Steam, Discord and “other PC platforms.”

The studios also announced a compilation including every Trine game, even Trine 4: The Nightmare Prince, called Trine: Ultimate Collection. It is coming this fall for PlayStation 4, Xbox One and PC physically and digitally.

The physical edition of Trine: Ultimate Collection will include all four Trine games, collector’s reversible cover sheet, Trine 4 physical world map, and download codes for the series soundtrack and Trine 4 digital art book. The retail version of Trine 4 will receive the world map, while pre-orders of either game will get a Trine 4 cloth poster and “bonus in-game content.”