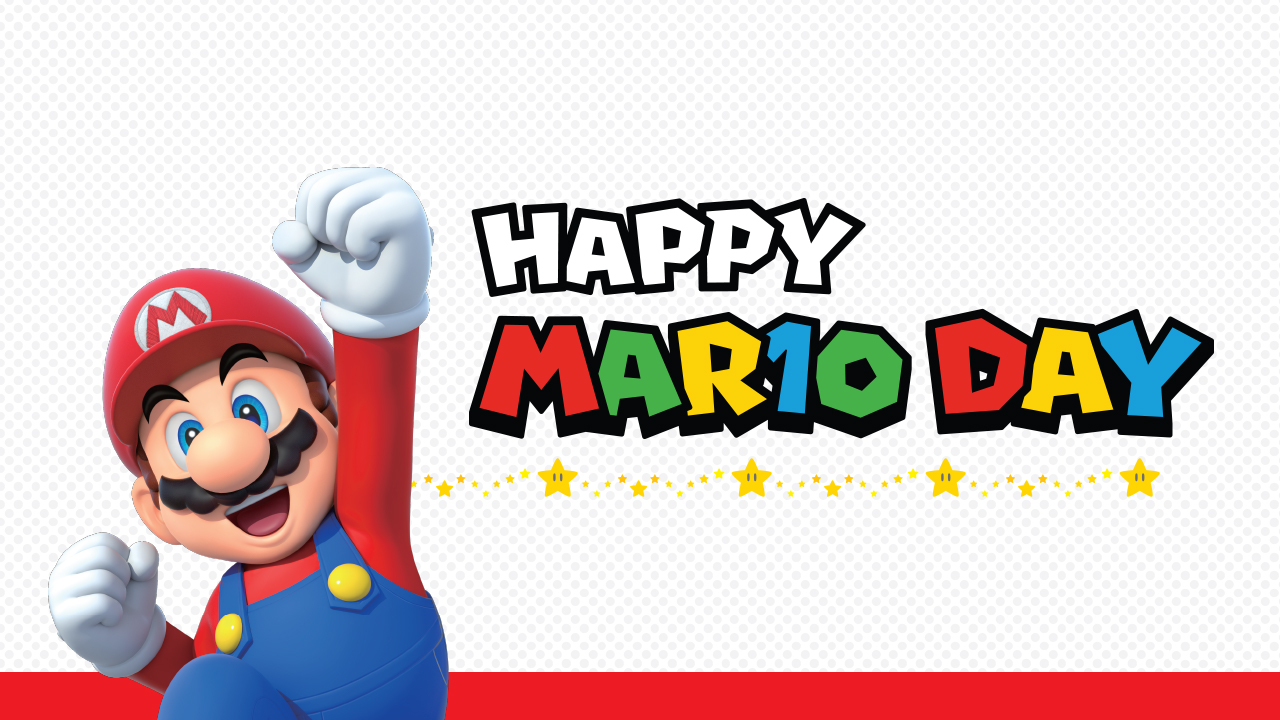 The yearly event that is Mario Day is upon us and if you don’t know what Mario Day is, just think about Mar 10 as it’s written out… looks just like Mario’s name, right? Well, for this special day, Nintendo is offering some sweet deals for those who plan on purchasing a Switch sometime next week, and a little something for those who may already have a Switch.

Between Sunday, Mar 10, and Saturday, Mar 16, anyone who purchases a Nintendo Switch (retailers may vary) can select one of the five Switch titles, starring Mario, and get a 50% discount on the chosen game. The five Switch games available for the promotion are down below:

Also, if you already own a Nintendo Switch but are on the market for one of these aforementioned games, then you’re in luck because you can take advantage of the deal as well:

“People that already own Nintendo Switch can still take advantage of the promotion, as they can purchase a digital download code from participating retail stores or retailer websites to redeem in Nintendo eShop for the same five Mario games for only $39.99 each.”

Doug Bowser, the new incoming president of Nintendo of America had a few words to say in the press release, stating:

“What better way to celebrate Mario Day than by playing some of the most popular Mario games on Nintendo Switch. This promotion is a great option for consumers who want to pick up Nintendo Switch and some hit games at a value price.”

You heard the Bowser man, go get a Switch now and pick up one of these amazing games, and if you already have all of these games, then… um… good job. Happy early Mario day to all, and to all a good night.