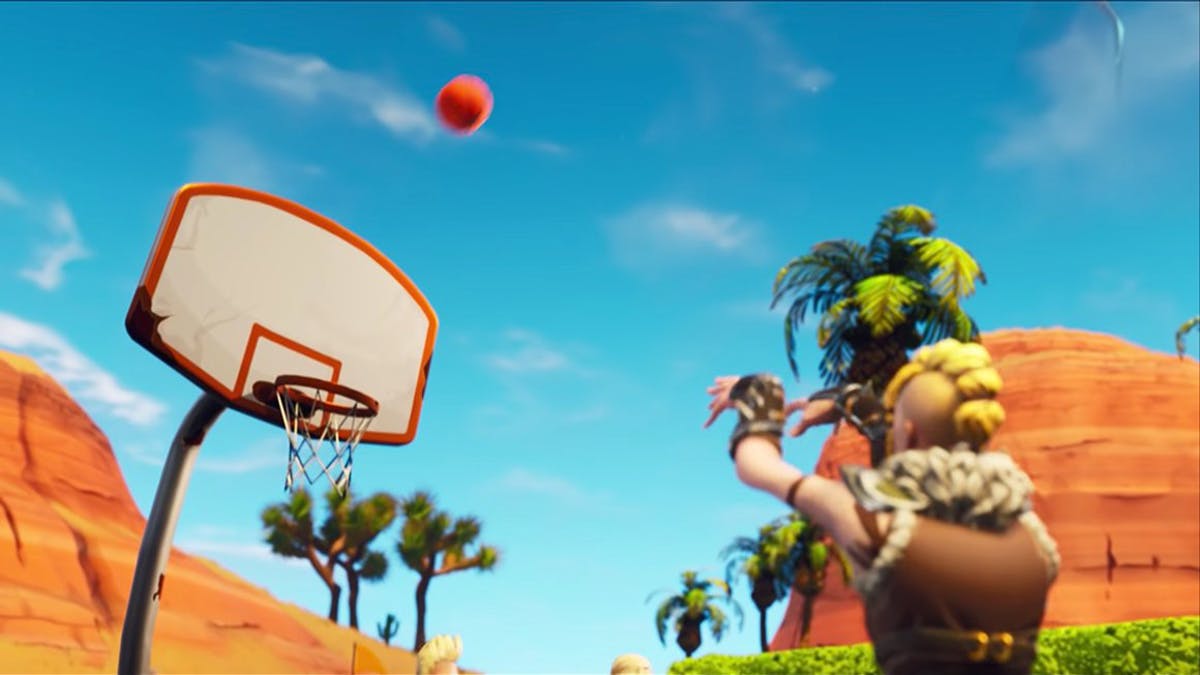 Redditor u/gar__96 shared a 2:36 compilation video of numerous basketball trick shots they’ve performed across Fortnite’s map. They start off fairly impressive, nailing a shot from the top of a nearby tree and another from atop the hoop at the opposite end of the court. Then gar__96 ups the ante.

We see bounce shots off the ground, the opposite hoop’s backboard, a 360 trick shot, off numerous structures, from insanely high in the air, off a hoverboard. You get the idea, if you’ve thought of it, gar__96 has probably pulled it off and nailed it in style in their compilation video. You can check out the full video on YouTube down below.

When asked how long these took, gar__96 replied, “Some I got on the first try, others took me a while.” We can’t imagine how long it’d take us to do even the simplest, but still impressive trick shots gar__96 has on show in his video, so we’re not going to dock points for multiple tries. That’d be harsh now.

For those unaware, the basketball item was introduced as part of Fortnite’s Season 5 Battle Pass. This, along with the golf ball item were used as part of challenges in previous seasons, but have since somewhat lost their place of importance within Fortnite’s world. That is until gar__96 put their skills on show. Kudos!

Fortnite is currently in its eighth season, continuing on the trend of offering up weekly challenges for players to grind through the tiers of the Battle Pass. For tips, tricks, and guides to complete these challenges, be sure to take a look at our Season 8 guide wiki.