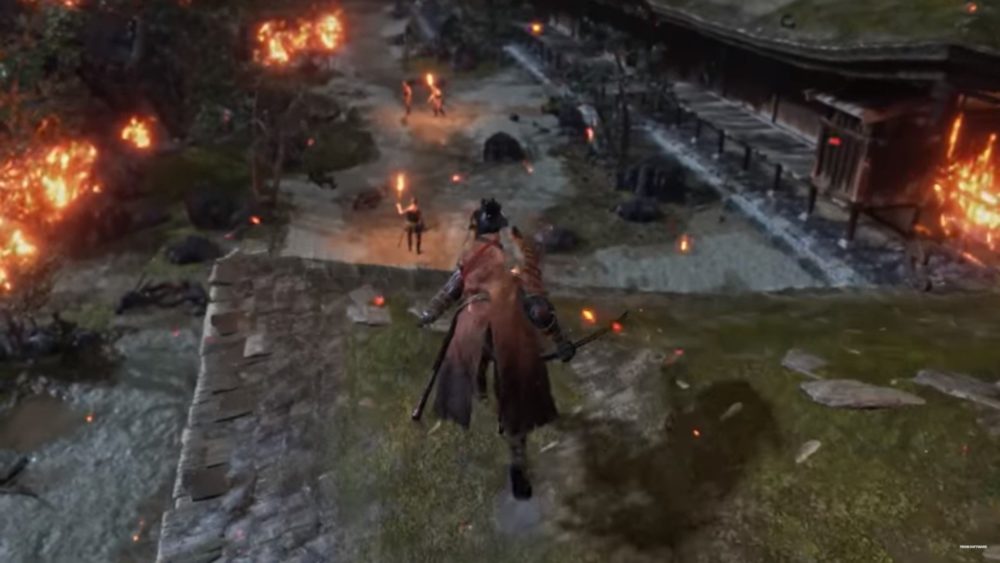 How to Crouch & Sneak Around in Sekiro

Sekiro: Shadows Die Twice is very much the spiritual successor to the “Tenchu” games; another FromSoftware developed series. Originally released in 1998, the Tenchu titles are also set in feudal Japan, and feature ninja-like acrobatics. Here’s how to crouch and sneak around in Sekiro.

Stealth is much more of a focus in Sekiro than it was in the Dark Souls or Bloodborne games, and you’ll be missing out on a huge amount of gameplay if you overlook it.

From surveying the battlefield before you attack to executing fatal backstab Deathblows, stealth is a crucial part of the shinobi arsenal. Here’s how you crouch and sneak around in Sekiro: Shadows Die Twice.

In order to utilize your sneak ability, you’ll need to press L3. That means pressing down on the left analog stick whether you’re using either a PlayStation or Xbox controller. You’ll only need to press it once for the ability to be activated, and afterward, you can move around sneakily like the true shinobi that you are. Simply press L3 again to return to the normal standing position.

When crouching and sneaking in Sekiro, you’ll be able to score critical hits and backstabs on enemies who are unaware of your presence. In addition, you’ll be able to eavesdrop on conversations to gain valuable intel or execute a number of other stealth-based tactics before your enemies even know you’re there.

That’s everything you need to know about how to crouch and sneak in Sekiro. For tips on how to eavesdrop, check out our guide on the subject. Or, to learn more about other related abilities like how to use the grappling hook or how to resurrect after dying, be sure to search Twinfinite.

We have a full Sekiro: Shadows Die Twice guide wiki full of all the tips, tricks, and walkthroughs you need to master the game.