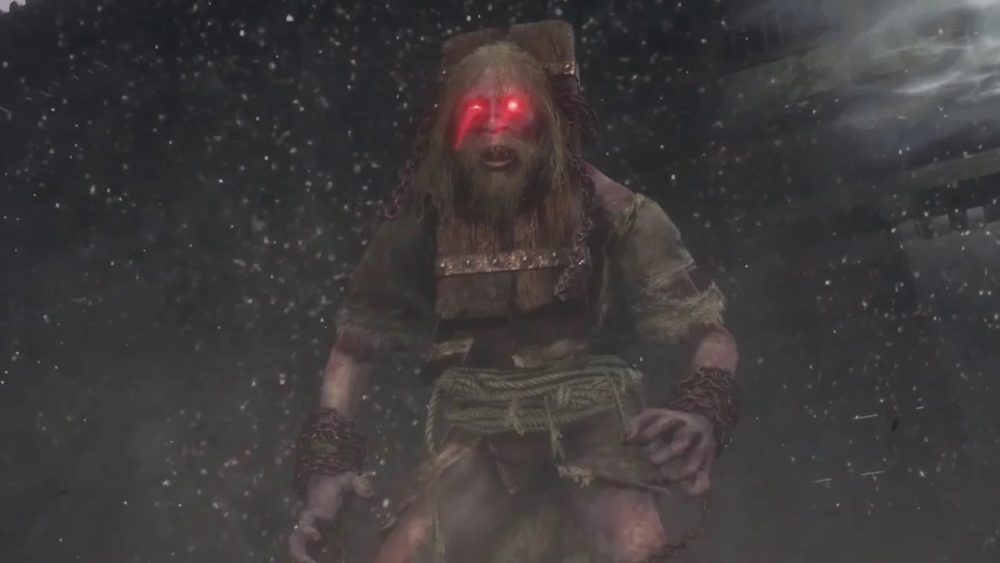 How to Beat the Chained Ogre in Sekiro

The chained ogre is one of the many enemies you’ll come across in Sekiro. This massive monster is a tough opponent, despite being one of the earliest bosses in the game. If you’re having trouble, here’s how to beat the Chained Ogre in Sekiro.

If you’re planning on fighting this ferocious beast, you’ll want to find the Flame Vent first. This prosthetic tool will give you a much-needed edge when facing the giant by lowering his Vitality with each hit and stunning him too.

Those who prefer finding the tool first will have to travel over to the Hirata Estate, which requires you to get the Young Lord’s Bell Charm. Look for a woman near a destroyed house in the Ashinsa Outskirts who will mistake you for her son and give you a bell to offer to Buddha.

Take the bell over to the Sculptor in the Dilapidated Temple, who will then tell you to pray to the Buddha beside him. This will cue a flashback scene in Sekiro in which you’ll have to fight your way over to the Estate Path area.

Once you see the Sculptor’s Idol, head to the wall to the right and jump over it. You’ll then enter an area with lots of small huts with plenty of enemies roaming around. Keep an eye out for a group of men sitting around a campfire, who will be talking about the device you need.

Take out the enemies and check the campfire for a Flame Barrel. Use your Homeward Idol to head back to the Dilapidated Temple Idol and seek out the Sculptor. Give him your newfound item, and he’ll craft the Flame Vent you’ll need to take down the chained ogre in Sekiro.

How to Beat Chained Ogre

Now that you have your prosthetic tool, you’re ready to take on this boss. The Chained Ogre has tons of different attacks that can kill Wolf in one hit unless your Vitality is maxed out.

Apart from skillfully dodging attacks, you’ll want to counterattack with your Flame Vent. Make sure you have some oil ready and bathe the Chained Ogre with it. This will further amplify the effects of your flames, dealing much more damage.

Once he’s busy putting out his flames, you’ll want to rush in and deal as much damage as possible. Take advantage of the stun effect and have Wolf slice him to shreds.

Apart from his other attacks, you’ll want to watch out for his grab move. When he begins to wind up for an attack, it’s always best to play it safe and keep your distance. He has two grab moves, one short range, and one that lets him close the distance between you fairly quickly. When the Perilous Attack kanji character pops up, dodge to the side instead of backwards to avoid the grab.

When you see an opening, use your grapple to stun him for a few seconds, giving you more time to land some free hits. Between that and your Flame Vent, it’s all a matter of dodging attacks and landing precise blows.

That about covers everything you need to know about how to beat the Chained Ogre in Sekiro. For more tips and tricks on the game, be sure to take a look at our expansive wiki. We’ve got tons of other useful guides to help you, such as how to maintain and break posture, how to get prayer beads, and how to beat Lady Butterfly.