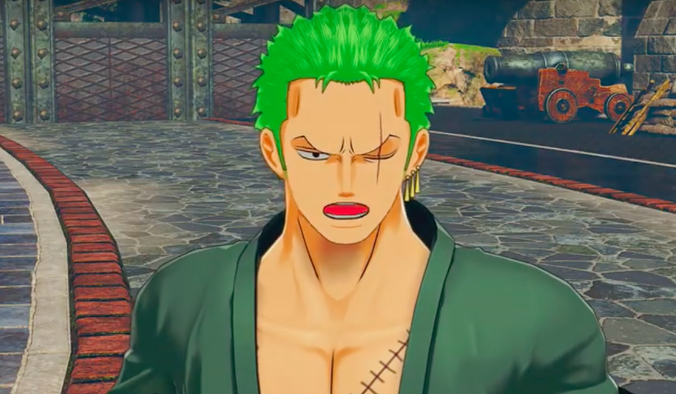 Zoro’s lack of direction is a popular joke in One Piece. In One Piece: World Seeker though, it can cause you some major headaches while trying to figure out how to find Zoro for the Lost Swordsman side mission.

Unlocked about halfway through the game, the mission tasks you with figuring out where Zoro is to retrieve some medicine from him.

This is easier said than done though, as Zoro goes in the opposite direction of wherever the game’s NPCs tell him to go.

As a result, he travels to the towns in the exact opposite direction of where he should have gone, forcing you to talk to the NPCs in these towns to see if they’ve seen him around and tried to help him.

It’s a clever but time-consuming premise, and as such we’re here to help prevent an annoyingly drawn-out search for the moss-headed samurai.

Which NPCs You Need to Speak With to Find Zoro

After prompting the mission, you’ll be told that Zoro received directions to go Southwest to reach Amber Harbor. Instead, he went Northeast toward Topaz Mine Town due to his poor sense of direction.

Go to the Topaz Mine Town and look for an NPC in orange clothes named Henry, Pro-Navy. He’ll tell you he pointed Zoro toward Amber Harbor along the Southeast road, but that he went in the wrong direction again.

After doing this, head to Ruby Village to the Northwest. Once there, look for an NPC named Charles, Anti-Navy by the bridge. He’ll tell you he pointed Zoro toward Amber Port to the South, but once again Zoro went in the wrong direction.

Fortunately, Charles also gave Zoro the hint to look for a harbor, narrowing down the areas you have to search to the port cities on the island. This leaves Amber Harbor and Halcum Port, the latter of which Zorowould have gone to.

Head to Talcum port and go to the Northern-most pier and head to the very end. Zero will be standing there facing the sea.

From here, the Lost Swordsman mission is as good as completed, and you won’t have to figure out how to find Zoro for the rest of the game.

Hopefully, this cleared up how to find Zoro. For more on One Piece: World Seeker, check out Twinfinite’s guide wiki for more tips, tricks, and info, as well as our review of the game to see whether it does right by its source material.