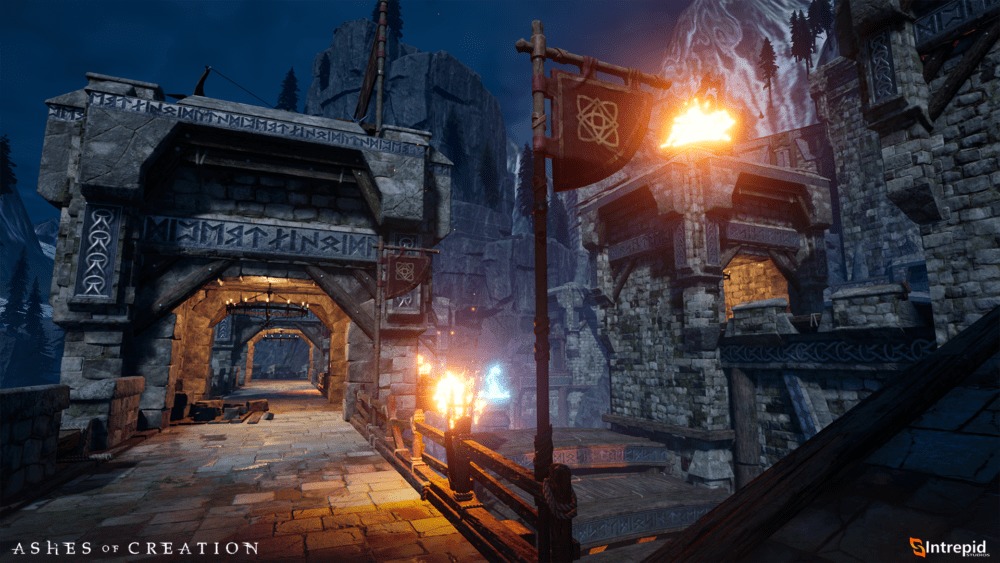 Ashes of Creation, an ambitious Kickstarter MMORPG that seeks to blend old-school gameplay with fresh new ideas not seen before in the genre, is behind schedule but starting to trickle out more information to compensate.

The other day a letter from the creative director Steven Sharif revealed that Ashes of Creation would not meet its initial deadline for the first Alpha play test.

This, on its own, naturally would put Kickstarter backers on edge. This stress is coupled now with the appearance of a Battle Royale mode (called Apocalypse) late last year. It is a mode that no one asked for, and was likely a strange development to many fans that are keeping an eye on Ashes to hear about.

Eager to see and hear more of the MMORPG game that they either backed or are following, vocal fans on places such as the game’s Reddit forum have expressed concern that Apocalypse is taking away from development time that should be going to the MMORPG portion of the game.

That said, we played Ashes of Creation last year, and walked away feeling very encouraged about its progress and potential. Sharif and his team know how to sell the game to MMORPG fans. It’s why it was such a successful Kickstarter project. Their ideas are really, really cool. But the pressure is really on now.

Today we learned a little bit more about the game’s Castle Sieges, a major part of the PvP experience in the MMORPG portion of Ashes of Creation.

The battles are designed to be built around player choice in strategy and execution. The goal being that well-planned out battle strategies should win out over sloppily organized forces with higher numbers AKA Zergs.

Whether you’re on offense or defense, you’ll need to take advantage of defensive options available to you through node development (or lack thereof), castle layout, time of day, weather, class makeup and more.

There’s going to be an element of destruction that plays into battles as well. Take this tantalizing detail for example:

“We’re working on a destruction engine that should help us to make a Castle Siege that feels cinematic and visceral. Having shards of the walls tumble to the ground after a trebuchet scores a hit will feel satisfying in a way no other Castle Siege has been able to offer in an MMORPG like this. Maybe you don’t need to take down the whole wall, maybe if you blow open a big enough hole, that’ll be enough to turn the tides.”

Every thing that I read about Ashes of Creation sounds like it’s something ripped straight from my past, naive, 13 year MMO-loving brain. Unrealistic wishlist stuff that in reality would be too difficult to develop.

If Ashes of Creation actually puts all of this together… and it actually works as advertised, it could end up being something that is not only really special, but is a formidable force that can actually crack through in a genre that have been dominated by games support by huge companies that have stuck to a safe script.

The reception to bonafide and juicy information about the MMORPG experience has generally been positive and the pace has started to pick up again recently. So let’s continue to beat that drum, okay Intrepid?

Ashes of Creation has no release date just yet. You can check out the newest screenshots of the game below.

She-Hulk: Attorney at Law Trailer Looks Weird, But at Least We Get Tatiana Maslany’s Charm