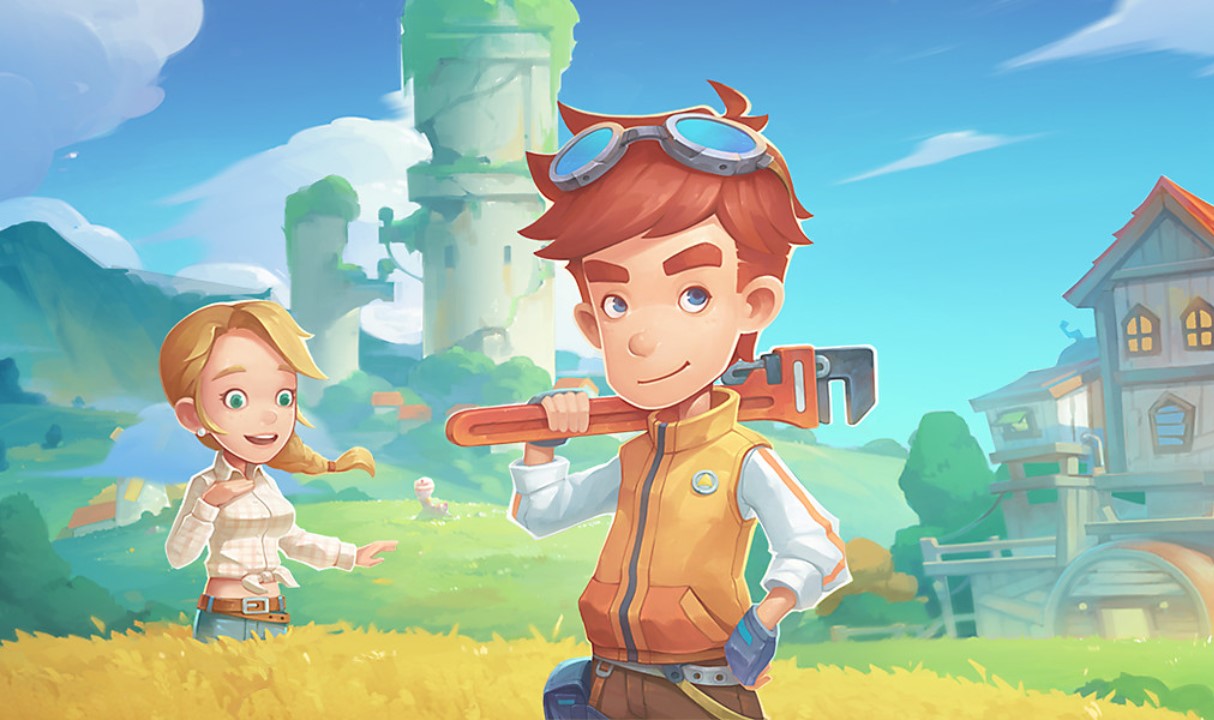 Country life sim My Time at Portia is at last coming to console and will be launching on the Switch, Xbox One and PS4 on April 16, developer Team 17 Digital announced on their website. They also released a new trailer for the console release, showing off a montage of the huge number of things console players can expect to do in the game.

Inspired by the likes of Stardew Valley, Harvest Moon and Animal Crossing, My Time at Portia is sandbox RPG that lets you do it all: growing crops, raising animals, building, crafting, befriending townspeople, riding horses and frolicking with pastel colored llamas.

The premise has you arrive in the fantastical town of Portia with the goal of starting a new life and fixing up your old pa’s neglected workshop, but from thereon out the game is truly open ended. You can play the game a number of ways, from dungeon-crawling combat to gentle meal prep.

Since its initial release, My Time at Portia has proved to be immensely popular with life-sim and farming-sim fans, thanks to its expansive array of activities, whimsical dystopian setting, and yeah, the fact that you get a jet pack probably had something to do with it.

The game will be getting both a digital and physical release, and Team 17 Digital are also including the “Housewarming Gift Set”. The set is only available to those who pre-order, and includes:

And to help tide over any Switch players, Team 17 will be streaming the game on the Switch on March 20 at 4.30pm GMT. You can watch the livestream on Youtube, Twitch, Facebook and Mixer.