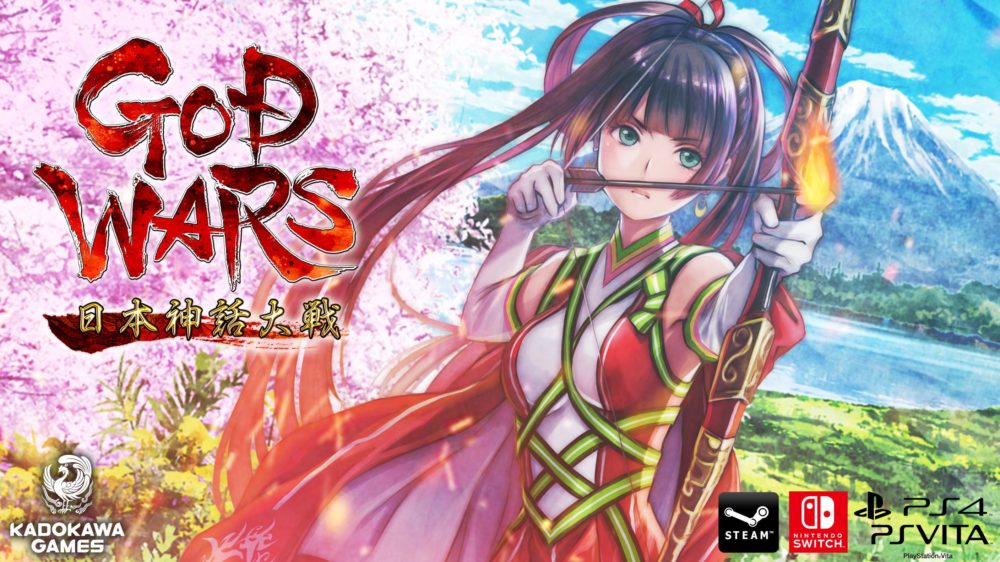 After releasing on PS4, PS Vita, and more recently on the Nintendo Switch, Kadokawa Games’ strategy JRPG God Wars: The Complete Legends is coming to PC Via Steam.

The game will launch on PC in June, even if a firm release date has not been specified.

It will come with mouse and keyboard support, the ability to rearrange your party with the “formation” feature, and the auto-placement option at the beginning of each battle.

If you already own the game for consoles, you can expect a patch to come at a similar timeframe providing the updated features.

The Steam listing is already available, and below you can read the official description if you’re unfamiliar with the game.

The game introduces new elements such as “Status Effects”, “Hate Elements”, “Decoys”, and “Summoning Beasts” into this traditional Tactical RPG. It adds both fun and attraction while inheriting the lineage of classical Tactical RPG making this a truly advanced and ultimate edition of Tactical and Strategy RPGs.

Players can now enjoy the main scenario, “The Future Past” and additional challenging stages, “Labyrinth of Yomi” and “The Deep Levels” in this game. “Labyrinth of Yomi” is an intermediate level stage where players are required to fully develop their characters “Jobs” to clear the stage. New challenges for advanced players awaits at the last stage, “The Deep Levels” where players will need to configure and determine optimal formations from the character’s exclusive job and exclusive skills as well as coming up with effective strategical tactics.

The heroine “Kaguya” controlling her destiny by her own will and her friends who join along the path on this journey establishes the legendary ancient kingdom of “Yamataikoku” by overcoming various obstacles and challenges. Among the friends and other characters who will come across in this adventure are 25 including “Momotaro”, “Urashima”, “Okuninushi”, “Sakuya”, a motif of “Konohanasakuyahime”, and “Iwanaga” who are all legendary heroes of myths and fairy tales representing ancient Japan.

Below you can check out a new trailer and screenshots showcasing the new features.