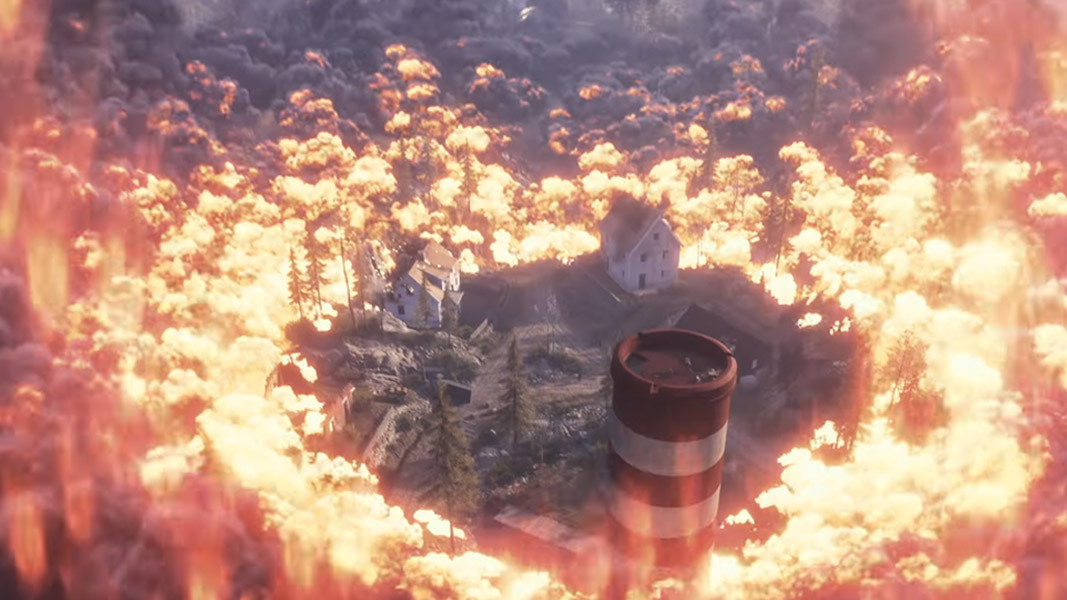 Battlefield V players will finally be able to play the game’s battle royale, Firestorm, this Spring, but if you’re curious as to what the game mode actually looks like, you can view an early version of a tutorial video that leaked earlier today.

A Redditor whose account has since been deleted posted what appeared to be a leaked tutorial video for the Firestorm battle royale mode on Reddit and it didn’t take long for DICE to comment on the video’s existence.

Based on the video, Firestorm appears to be exactly what you think a Battlefield V battle royale mode would be. There’s a large map, an encroaching circle, key locations from Battlefield V, weapons from the game and of course, plenty of loot.

As you’d expect, you drop into the massive map via a parachute that players can deploy after dropping from planes overhead. As you land, you must quickly find a weapon, of which there are different tiers to indicate the weapon’s rarity.

A more common weapon likely won’t have any attachment, while a rare rifle will come with a scope, extended magazine and more attached to it. Similar to other battle royale games, each type of weapon uses a different type of ammo so while trying to survive, you’ll also need to manage your ammunition appropriately.

The video places emphasis on sharing loot with teammates. And speaking of teammates, Firestorm, despite its similarities to many other battle royale games, does have some key changes to its formula that might make it refreshing.

Like its sister battle royale, Apex Legends (both Apex Legends and Battlefield V fall under the EA banner), there are chances to revive fallen teammates. When a player goes down in Firestorm, they’re still able to use a pistol and if a teammate can make it to them in time, they can be revived back into the action.

Another change to the formula is the existence of different-sized backpacks. In Call of Duty Black Ops 4’s Blackout, there is one type of backpack which raises your max capacity for items greatly. In Firestorm, at least according to this video, there are different kinds of backpacks with different capacities for your character.

The last standout feature from this leaked video is the existence of the vehicles you’ve come to know and love of Battlefield. Boats, trucks and more seem to be playable in the game, as does anti-vehicle ammo.

While at first a leaked video like this could be seen as fake, F8RGE from DICE confirmed on the original Reddit post that this video was real, albeit early. Of course, F8RGE makes a point to indicate that this leaked tutorial video is early and as such, the final product could come out to look different.

“Normally I don’t comment on leaks for a number of reasons but breaking that habit today,” F8RGE said on Reddit. “Whatever has leaked has leaked, there’s no stopping that, but I just want to clarify one thing: leaks of early versions and information are just that, early. When you read or watch something there’s a risk that some of the things that you will see will be different when things release. Just wanted to flag that some information may change over time.”

If you want to view the leaked early tutorial video, you can check it out below courtesy of YouTuber DANNYonPC.