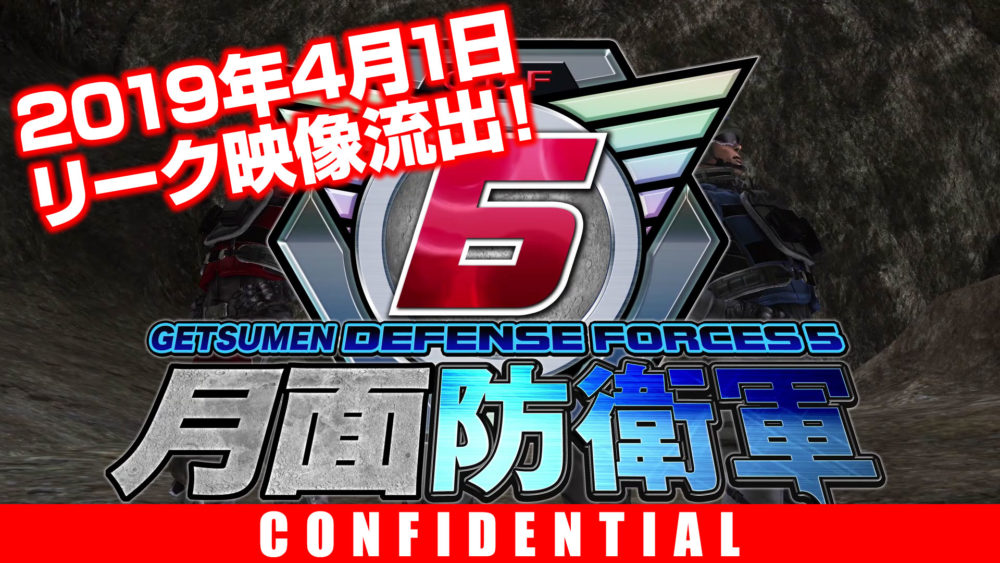 The “confidential” video features a catchy rap showing an obviously fake logo of the new game. They forgot to photoshop the “6” over the 5, and it says “Getsumen” instead of “Earth” which means “Surface of the Moon”

The accompanying press release (yes, there was a press release) mentions that the leak comes from self-proclaimed alien biologist and EDF spokesman Mr. H., showcasing new giant alien creatures and unannounced weapons that will appear in Earth Defense Force 6.

The announcement continues that given that Mr. H. has been the EDF’s spokesman for many years the credibility of the information displayed here is “extremely high.”

That being said, the mystery is unveiled at the end of the video, with the mention that Mr. H. is a liar, and it turns out that you’ve been looking at an ad for Earth Defense Force: Iron Rain all along.

If you’re unfamiliar with the game, you should watch the latest trailer and take a look at our extensive interview with Producer Nobuyuki Okajima, who talked in-depth about the game and its design philosophy.

Earth Defense Force: Iron Rain will release both in Japan and in the west on April 11, 2019, exclusively for PS4.