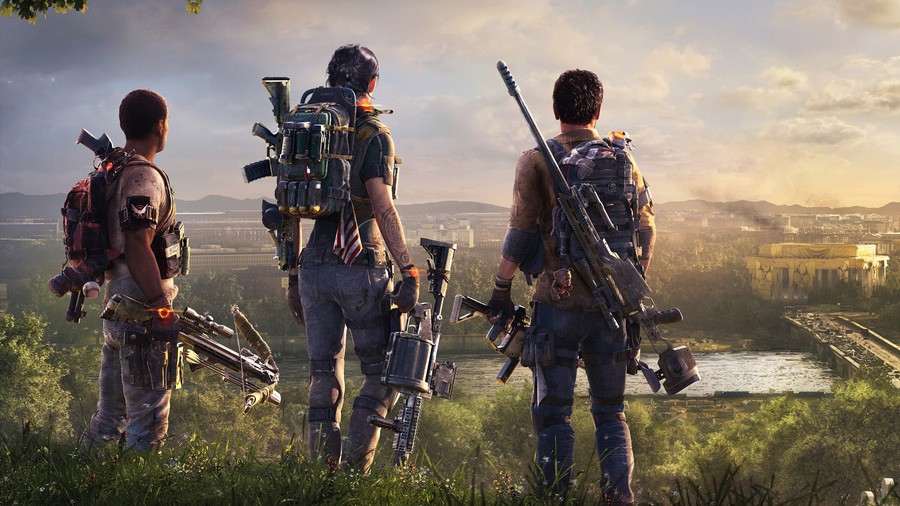 The Division 2 moves from the snowy claustrophobic streets of New York, to the wide-open ruins of Washington D.C. in Summer. You’ll create a brand new Agent this time around, and The Division 2’s character creator is a bit more in-depth, letting you fine-tune your character’s looks and features. Of course, even after spending time on a character you might want to just jump in with a brand new one, so here’s how to start a new game (new Agent) in The Division 2.

There’s plenty to see and do in The Division 2’s open world, whether it’s taking on the story and main missions or diving right into one of the dangerous Dark Zones. However, at some point, you might just get tired of your current character, decide you really don’t like their look, or just want to start all over from scratch.

In order to start a new game first back out all the way to the main menu, then load up the game. Before you press X(A) to continue, instead press R2 (RT) for the “New Agent” options. This will see the screen shift to the silhouette of a new Agent and open up the New Game option.

Of course, you’ll need to go through all of the creative elements and opening segments of the game again.

The good news is that creating a new Agent won’t have any effect on your current ones in The Division 2. They’re totally separate saves that you can play independently.

Just like creating a new Agent all you need to do in order to switch between them is return to the main menu, load up the game, and then press R2 (RT) to cycle between all of your created agents and the new game option, selecting whichever you want.

That’s everything you need to know about how to start a new game (new Agent) in The Division 2. For even more tips and info make sure to search Twinfinite, and take a look at our ever-expanding Divison 2 guide wiki.