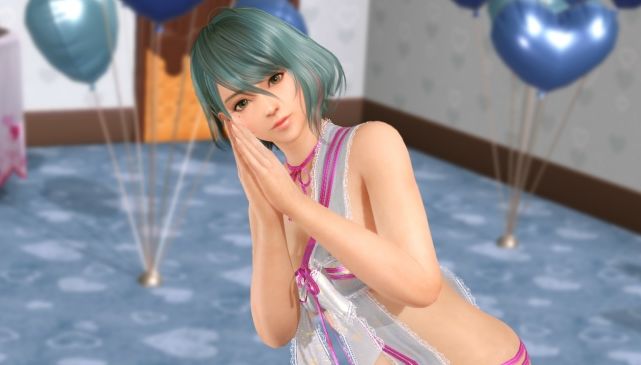 The update comes with the White Day event, which includes the usual slew of matches that can net you quite a few V-Stone for your gacha needs.

Speaking of gacha, the White Day outfit is named “With You” and is basically just a set of white and pink ribbons. The most relevant thing is that you have a chance at every girl excluding Nagisa (who still hasn’t been made available outside of paid gacha). This means that if you’re still missing some of the latest like Lei Fang (who still eludes me) or Fiona, you might finally get lucky.

To celebrate the event, the developers released a trailer which you can see below. As a word of caution, given the nature of the outfit showcased, you probably shouldn’t watch this at work.

If you’re wondering what is this “White Day” I’m talking about, it’s a rather consumeristic celebration in Japan, prompting men to “give back” to ladies from whom they received chocolate on Valentine’s Day. This is normally achieved with a gift that can range from chocolates and other sweets to flowers and even rather expensive presents, depending on the nature of the relationship, the taste of the recipient of the gift, and many more obscure factors that can get you dumped in an instant.

If you’re not familiar with Dead or Alive Xtreme: Venus Vacation, it’s available exclusively for PC only at the moment, and only in Japanese. Dialogue isn’t exactly all that relevant in this game, so you can play it without giant issues.

If you’re more interested in console games, you can check out the latest trailer of Dead or Alive Xtreme 3: Scarlet, which is coming soon for PS4 and Switch. Unfortunately, we just learned that the PS4 version will suffer from additional censorship.

On the other hand, we got good news for Dead or Alive 6 fans, which will be able to enjoy a new update tomorrow.