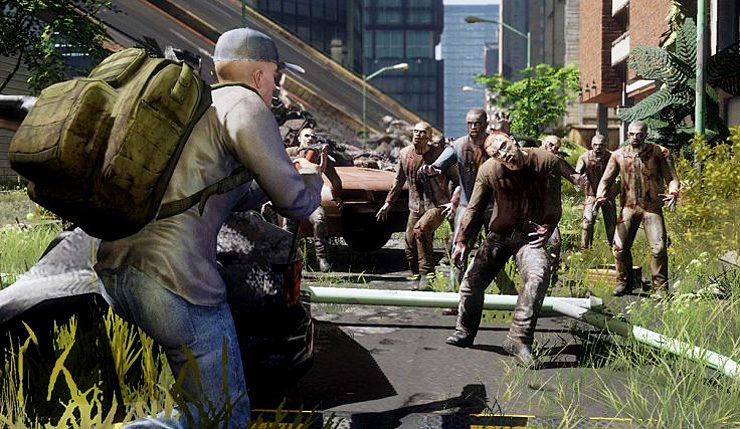 At the latest Inside Xbox event, Bohemia Interactive revealed its official cinematic trailer for DayZ. In the debut trailer, we see a character walk through the abandon streets of  Cheranus.

It isn’t long before this character find they aren’t alone though, as a person in a biker helmet approaches her with there hand up. True to form, the non-biker helmet character is shot and looted in the process, but not killed, meaning revenge is already on her mind.

The trailer comes to a close after enacting her revenge, only to be greeted by a horde of Zombies. Thankfully, she’s got a friend, her shotgun. At the very end, text tells the viewer that “every day is a new story.”

While none of this is entirely new information for anyone who has played the game in the early stages of its development on PC, it serves to inform that DayZ, at its core, has a lot of potentials when brought to the Xbox One.

Alongside the ability to play with friends and craft your own narrative, DayZ’s Xbox One debut will arrive in stunning 4K. Now you can fight Zombie A.I and other players in the Battle Royale format with high-quality graphics.

It should be noted that, despite being one of the first games to help start the Battle Royale craze back on PC, DayZ is going to be released with a lot of hearty competition in Fortnite, Apex Legends, and PUBG for Xbox One. Only time will tell as to whether this title can pull itself up from the grave.

DayZ and Battle Royale fans can get their hands on this title when it launches for Xbox One on March 27. Be sure to check back to the Twinfinite for more information and updates, as well as all other helpful guides, reviews, news, and opinions.