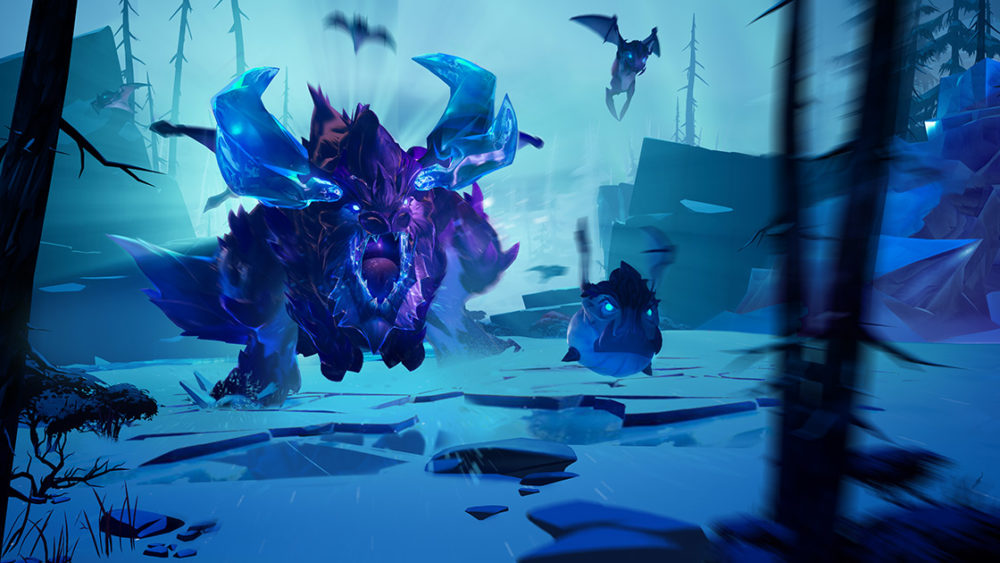 With winter coming to a close, now’s the perfect time for Phoenix Labs to roll out a thematically appropriate patch for their free-to-play answer to Monster Hunter, Dauntless.

Dauntless’ latest update, OB 0.6.9, introduces players to the chilling new Behemoth known as Boreus. This monster brings a host of frost powers, but the developers weren’t content to just make a cryomancer dinosaur.

Unlike other Behemoths, Boreus is not one single creature but a veritable hive mind of terror. While Boreus itself is the main threat, the creature can summon three distinct types of minions that will do everything they can to trip up gamers.

Some players might want to slay these mini-monstrosities whenever they pop up, but these minions drop buffs that let players shatter Boreus’ glacial shield. Since Boreus only uses this shield when significantly hurt, the fight is essentially a balancing act of when to kill minions and when to ignore them. Players who manage to slay Boreus can transform its carcass into new weapons and armor.

While Boreus is the face of the patch, it is hardly the only feature. Hammers have been reworked to encourage more liberal expenditure of ammo.

Players can now charge the hammer’s Concussive Aether attack to release a devastating wave that interrupts Behemoths, and the standard attack combo now features a powerful overhead strike, the Aetherslam. This finishing move creates a wave of explosions and completely reloads the hammer’s clip with enhanced ammo if the hammer connects with an enemy. More importantly, players who fail an active reload will no longer be penalized with weak “bad ammo.”

The update also includes several smaller features, including Iceborn cells that increase a player’s defense when their health is low, a new loadout screen, a new Hunt Pass, and a revamped, coin-based currency.

While Dauntless is currently available on PC, Phoenix Labs is hard at work on Xbox One and PlayStation 4 console versions, an Epic Games Store version, and cross-play support. The studio expects to release the game on these platforms this summer.