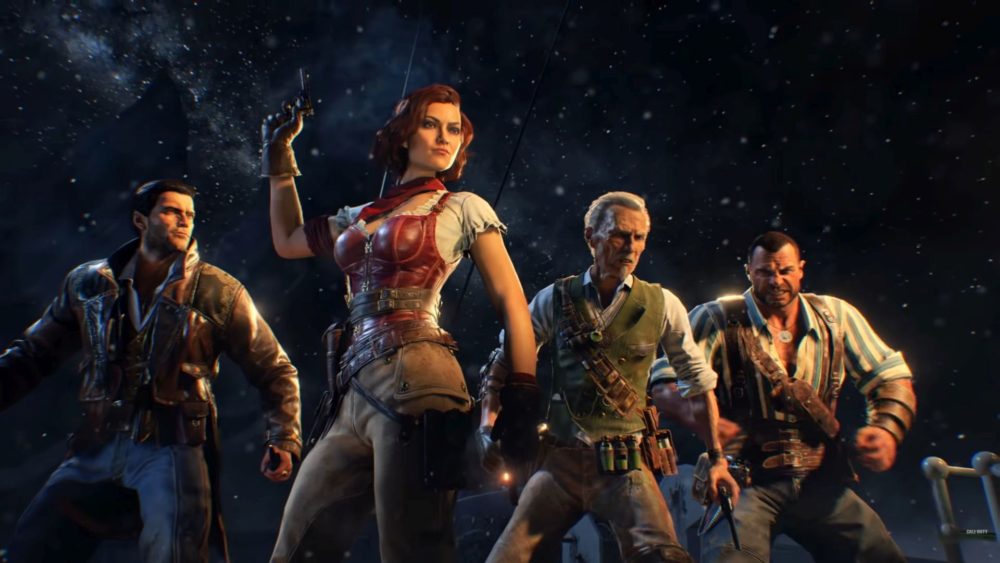 Today Activision and Treyarch released a new trailer showing off the upcoming Zombies experience for Call of Duty: Black Ops 4.

The DLC is titled “Ancient Evil” and is set in Greece (more precisely in the city of Delphi), bringing plenty of undead for our heroes to shoot, maim, and ultimately turn into “actually dead.”

Interestingly, there are also some additional mythological elements like the presence of a pegasus.

The new content is coming to PS4 on March 26, included in the Black Ops Pass, due to the usual timed exclusivity deal that has going on between Activision and Sony Interactive Entertainment for the past few years.

It will likely come to PC and Xbox One in about a month.

You can check out the trailer below. If you’d like to learn more about the game, you can enjoy our review. If you’re in need of any help, you can also consult our guide wiki, where you can find plenty.

Call of Duty: Black Ops 4 is currently available for PS4, Xbox One, and PC.

If you’d prefer to play Call of Duty on the go, you can also check out the upcoming mobile release, which was announced at the Game Developers Conference in San Francisco.