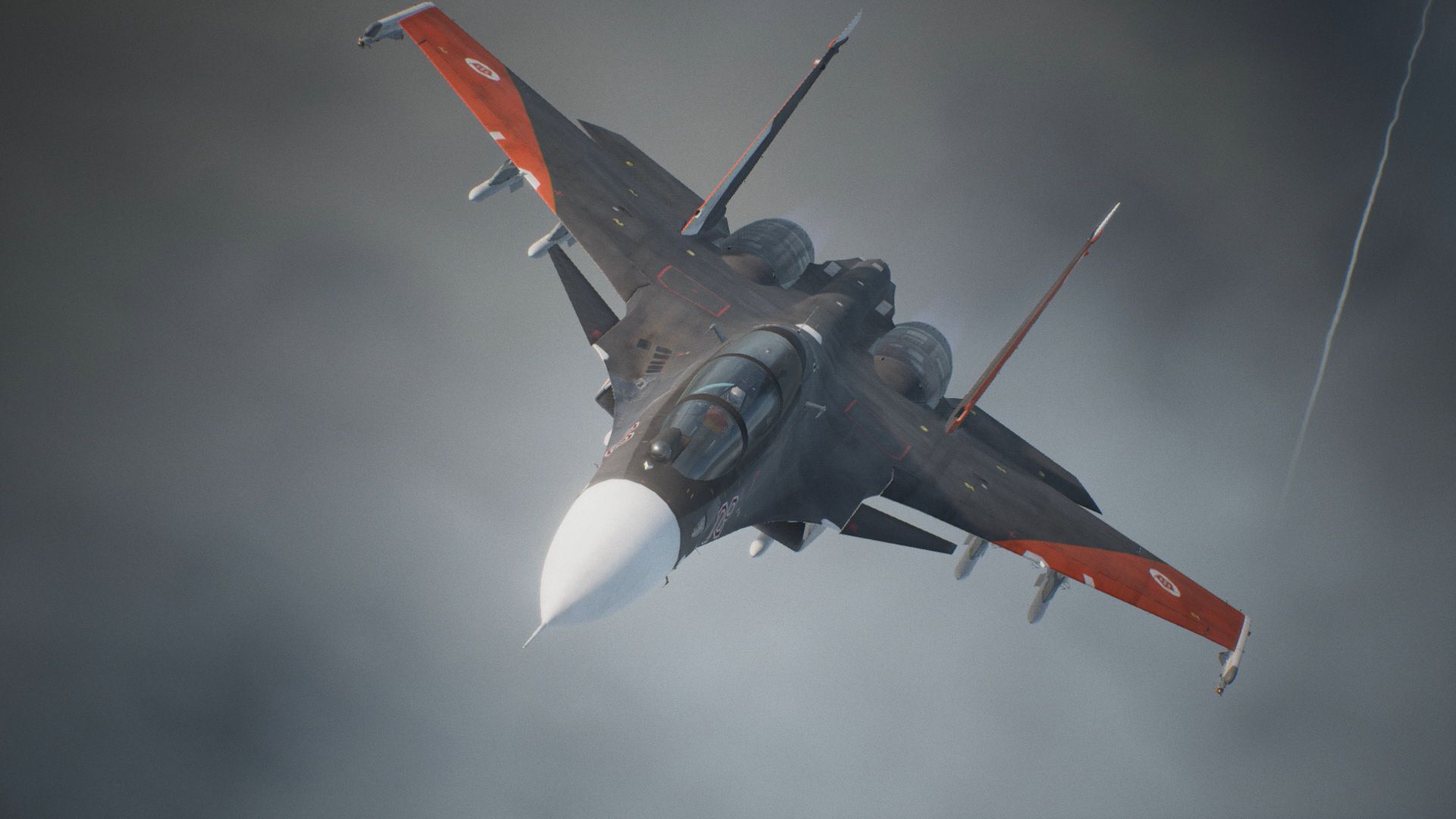 A few days ago, Ace Combat 7: Skies Unknown Producer Kazutoki Kono told the story of the game’s troubled development, but he paused exactly as things were turning for the better. Between yesterday and today, he took to Twitter again to resume his tale.

Kono-san ended the first part of his story at the point where he had to attend a meeting with Bandai Namco’s executives to decide whether the team could continue developing Ace Combat 7 after a period in which development suffered from many issues, or the game was to be scrapped.

The second part of the story starts at that meeting, and Kono-san mentions that Ace Combat is just one of several brands for the company. The attendees where a group of executives thinking of the well-being of the company as a whole, including all of its stakeholders. This shouldn’t be misunderstood, as it’s their duty.

Therefore, he was questioned very strictly on whether there was any value in continuing with Ace Combat as a company. He had been warned about that in advance.

The meeting began late. As part of their role, there were people in attendance who presented a realistic and harsh outlook. Kono-san was not surprised: His petition to continue with development could not pass only thanks to passion or responsibility, so he just continued to answer questions honestly.

After a long wait, the decision was announced: at last, the executive who had held the most realistic and harsh opinion said: “I expect it to be good.” Kono-san cried.

He mentions that even remembering it now, it doesn’t feel real, but people entrusted him with their expectations.

He was told “We just have to make it. Let’s show everyone the value [of Ace Combat]” and he was encouraged by those thoughts.

But when he returned to the office, a new crisis was waiting. The vibe there was “Let’s get over with this quickly.” Everyone was exhausted and just getting to the end had become their only goal.

Nevertheless, Kono-san mentioned that they were all fools [Editor’s note: this is worded in an endearing way]. There was an art director who only cared about moving the fans’ hearts. The development director tolerated being pressured by people both above and below his rank. A “tsundere” engineer kept saying “I can’t do it” and then coming up with “I did it” a few days later. The narrative director soldiered on while quietly creating high-quality work.

At that point, “enthusiasm” finally started to appear: Kono-san designed all the missions and rearranged them, and low-quality visual elements were cut. At the office, he was asked: “Why are you changing things that we already decided?” “Are these changes the right choice?”

However, as Kono-san says, “people who are moving with enthusiasm are strong and the only thing that gives birth to true creatives is challenge.”

He felt guilty, but the people who got on board on the same boat with him (or was it a plane?) had to suffer together with him. Yet, it [suffering together] was interesting and fun at the same time.

“Going creatively crazy, trying to impress people and move their feelings, it can’t not be fun.”

The enthusiasm finally began to gradually spread among the team, and Kono-san noticed that nobody had any doubts about improving quality anymore.

In the meanwhile, the first team that had a breakthrough was the one dedicated to virtual reality. Their part of the game was by far the most fun, even if not all the sensations were there just yet. The enthusiasm was there, and it was easy to feel. As the team was back then, while it was painful, they wanted to deliver that excitement to their fans. It was finally fun.

At that time, the campaign was also taking shape, and Kono-san was concerned because it wouldn’t give him goosebumps. If it couldn’t achieve that with himself, there was no way that it would move the hearts of others.

The data was ready to be finalized, but he knew that if the game was released like that, it wouldn’t be good. They had to rework it, and giving up at that point would mean wasting all their effort.

Kono-san did not allow the data to be finalized. Even if it was just once, he wanted to give people goosebumps and make them cry. So he made a phone call:

“I want one music track, and it has to be a really great one. I want you to compose it now.”

The answer was simply “I understand.” There wasn’t a single word of complaint. A draft was immediately composed, then corrections were issued, and it was quickly recorded. Adding a new track after the deadline was crazy. It conveyed not being afraid of risk. The title was “Daredevil”

[Editor’s note: you can listen to “Daredevil” below, courtesy of YouTube user Zaptroxix]

The wave of enthusiasm continued. The director who took care of the radio dialogue said that he wanted to synchronize the radio chatter before the chorus. The sound team received his instructions and adjusted the audio.

The gameplay, the story, and the music reached a moment of harmony in Mission 19 leading to an exploding chorus. Goosebumps finally came. Propelled by this, the final production quality, the music, and Mission 12 were also tweaked one after the other.

In this way, all the pieces finally fell into place. Ace Combat 7: Skies Unknown was complete.

Of course, according to Kono-san, the hardships didn’t end there and continued until the game finally was in everyone’s hands. He mentions that he isn’t the victim of that suffering, but he is somehow the “culprit” as many more have gone through hardships due to being dragged into this madness.

Yet, the team was shaking nervously and suffering on the eve of release.

Thanks to everyone’s enthusiasm, they had managed to reach that point. The number of pre-orders achieved before launch had no comparison in recent years, and Kono-san was told that precise sales estimates couldn’t be made.

Ace Combat 7 achieved “the best launch of the series,” and it’s still growing even now.

Kono-san actually thinks that he was lucky, as stories of hardships are pretty common everywhere. This is his conclusion:

“I wanted to tell you why I consider my game as my children, and why I continue to repeat “I’m thankful for all the support from the fans.” This whole story happened because you supported us and we knew that we could count on you.

In case you missed it, you should read the first part of the story, in which Kono-san shared the hardest moments earlier in the development process.

The rest is history: Ace Combat 7: Skies Unknown nearly sold out in its debut week in Japan while solidly topping the Media Create sales charts. It also went on to sell 500,000 copies in its launch month in Asia.

If you want to know why it’s so good, you can read my review, and I’m not ashamed to admit that I cried while writing this.

Ace Combat 7: Skies Unknown was achieved thanks to a development team that did not give up through years of adversity. This isn’t uncommon in game development, and often fans are unaware of what developers really go through.

As one of those fans, thank you for your hard work and for not giving up, Kono-san. Thank you, Project Aces.