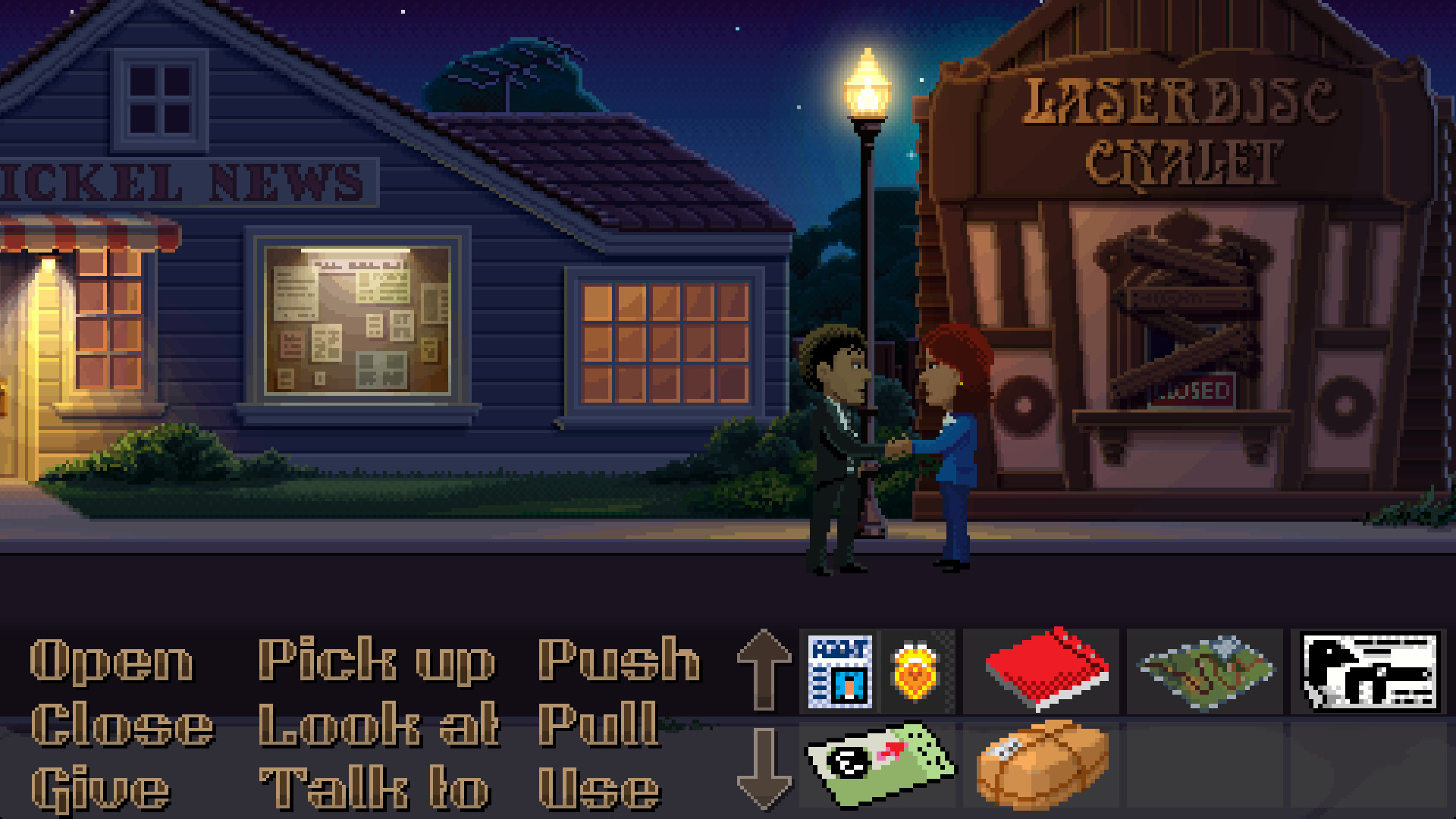 Point-and-click adventure game Thimbleweed Park will be the next free game offered by the Epic Games Store towards the end of February.

Thimbleweed Park was developed by Ron Gilbert and Gary Winnick, who both worked together on classic LucasArts games Maniac Mansion and the first two Monkey Island games. The game began as a successful Kickstarter project and originally released for PC, Mac, Linux, Xbox One, PlayStation 4, Nintendo Switch, iOS, and Android in 2017.

“In Thimbleweed Park, a dead body is the least of your problems,” according to the game’s description. “Switch between five playable characters to uncover the surreal secrets of this strange town in a modern mystery adventure game from the creators of Monkey Island and Maniac Mansion. The deeper you go, the weirder it gets.”

The free PC game will be available for all players to download from the Epic Games Store beginning Thursday, Feb. 21 until two weeks later at March 7.

The current free Epic Games Store offer is Axiom Verge. The metroidvania developed by the one-man team Thomas Happ Games will be available to download for two weeks starting today until Feb. 21.

Epic Games has been giving away a free game on its recently launched digital marketplace every two weeks and plans to keep the schedule for the rest of 2019. Other games offered in the past include Subnautica and The Jackbox Party Pack.