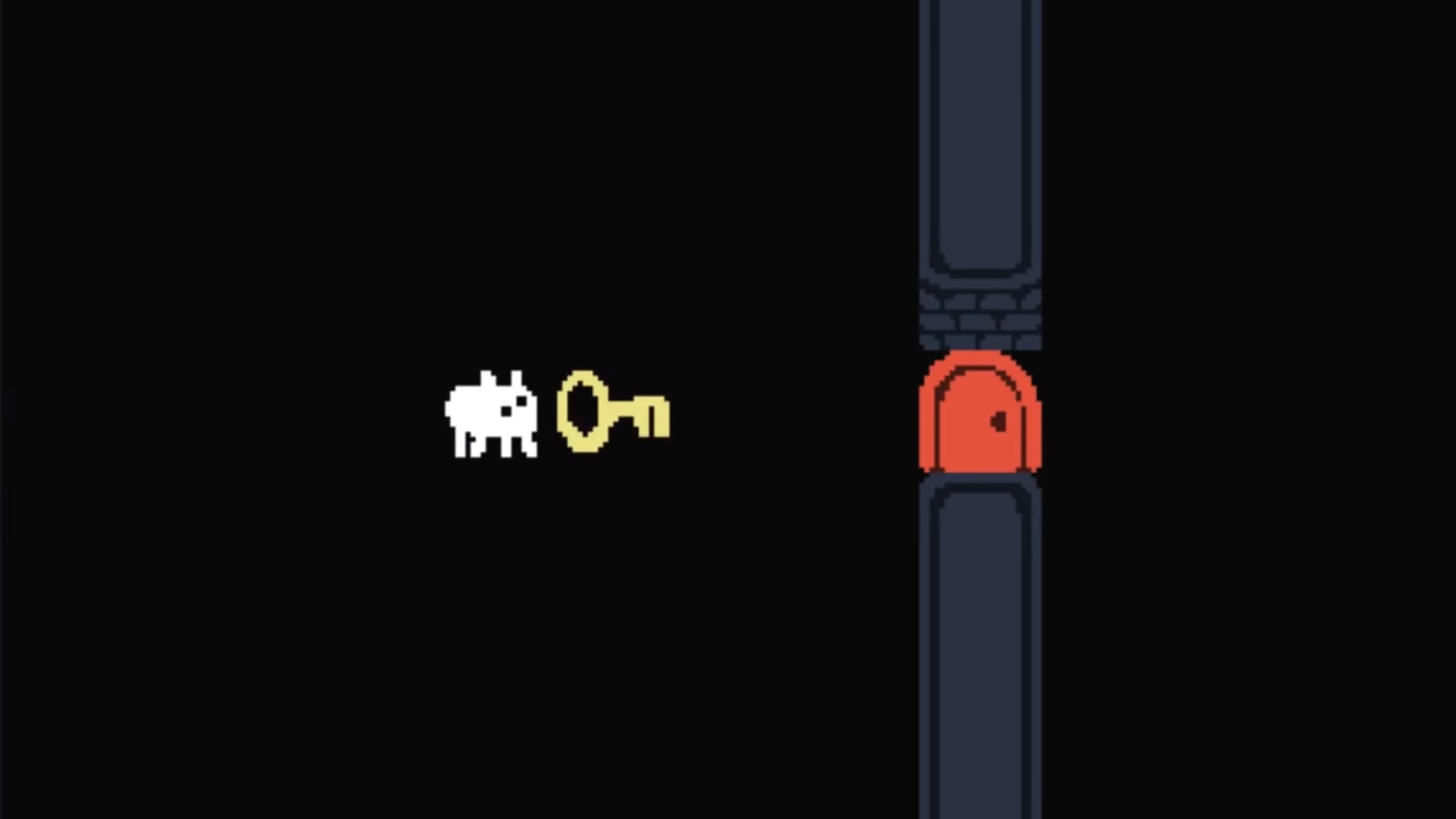 Many puzzle games make players wrack their brains over solving puzzles with the immutable rules of the game world, but not Baba is You. This title seeks to upend everything you’ve ever known about puzzle games with one simple change: there are no set-in-stone rules.

Baba is You, an indie game by Arvi “Hempuli” Teikari (Hempuli for short), puts players in the shoes of a pixelated rabbit in a quest to reach a goal flag. Or does it? By moving around a few specially-worded blocks, players can take control of a rock, a key, or virtually every other in-game asset.

These blocks control the rules of the game world and function like syntax programming languages. If blocks form the sentence “Wall is Stop,” then any and all walls form impassible obstacles. However, if you move the “Stop” block, the wall suddenly becomes intangible. Or, perhaps you move blocks to form the sentence “Wall is Melt,” and the wall suddenly disappears. And those are just two examples.

According to Baba is You’s Steam page, the game will feature over 100 levels that let players experiment with combinations of words for countless useful (and dangerous) combinations. Turn grass into impassible obstacles or delete entire sections of the level. Programmers will have an absolute field day figuring out all the possibilities, especially since Baba is You will include a level editor.

The game was originally developed for Nordic Game Jam 2017, where Hempuli came out on top. The game then went on to win Independent Games Festival 2018. While the Jam Build is available on itch.io for free, an official, polished version will release on March 13th via Steam, Humble Store, itch.io, and the Nintendo eShop for $15.

For more information on Baba is You and future games by Hempuli, stick with Twinfinite.