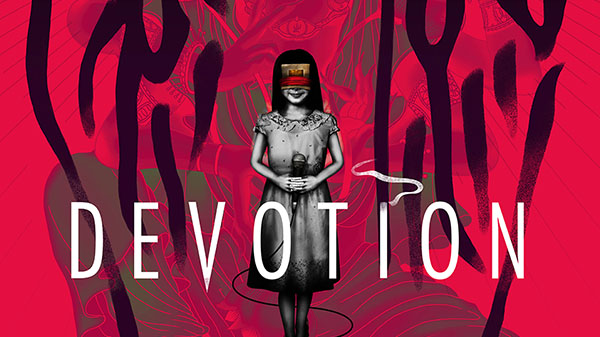 The game was pulled after a controversy that emerged over the weekend about players discovering a hidden piece of artwork in-game that pokes fun at Chinese President Xi Jinping comparing him to Winnie the Pooh, and the subsequent review bombing that took place on Steam.

It’s somewhat well-known, even in the West, that Chinese President  Xi Jinping, really does not like be compared to Winnie the Pooh. Apparently people think they look alike? I don’t see it, but whatever.

Search queries linking the Chinese President and the fictional bear pooh creature, are heavily censored in China. Comedian John Oliver on his HBO show, Last Week Tonight, spent a segment of an episode discussing this bizarre “controversy” which you can watch here if you’d like to catch up.

Anyway, when word got out that this reference existed in Devotion, the game started to get review bombed on Steam (intentionally leaving the lowest score possible in an effort to tank its score and review label), and developer Red Candles Game went into damage control.

According to PC Gamer, the reference was first patched out followed by a “multi-paragraph” apology from the developers.

When the review bombs continued dropping, Red Candles Game put out another statement today which you can get a taste of below:

“As a game company, Red Candle Games’ only goal is to provide an impressive and good playing experience to all. However, we failed our players’ anticipation and offended many others due to the said mistake. For that, we feel awfully sorry and devastated. Again, we would like to reaffirm that the severe art material mistake is made by Red Candle Games. It has nothing to do with any of our partners. Red Candle Games take full responsibility and bear all the condemns. We sincerely hope that this end with Red Candle, and that please do not take it out on all the innocent partners.”

Then shortly after that, Devotion was pulled from Steam China, and subsequently Steam all together while the developers sort out their next steps.

While it might appear amusing and even silly to westerners for a game to be pulled off of Steam for such a reason, it’s hard from over here in the United States to fully grasp the pressure, scrutiny, and criticism Red Candles Games is facing from people speaking their language, in their community, on their side of the world.

We’ll update this post if we learn anything new Devotion’s status on Steam.