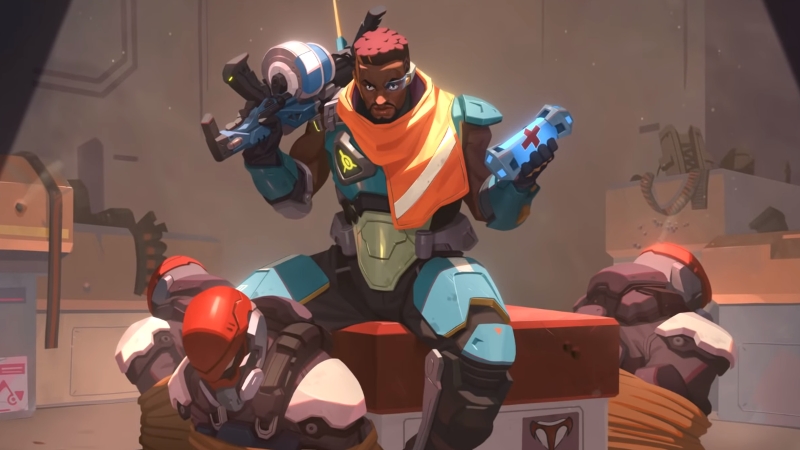 Blizzard Entertainment revealed the next hero character coming to its online multiplayer shooter Overwatch with a short animated film.

The newest playable character is Baptiste, who is being described as a “combat medic.” According to the origin story trailer below, Baptiste was born in Haiti and orphaned as a child by the Omnic Crisis.

He joined the Carribean Coalition during the crisis, then joined the terrorist group Talon headed by other Overwatch heroes Doomfist, Moira, and Reaper. Baptiste left the group in order to “fight for a better world.”

Blizzard initially teased the new hero last week with a recovered report describing Baptiste’s departure from Talon and the group’s plan to recapture him. Judging by the end of the short trailer, Baptiste survived.

No other information about the latest hero was announced, only that he is great with a gun and can offer healing support. He should be coming to the game’s public test realm server soon, where his weapons and abilities will then be revealed.

Baptiste will be the 30th playable character in Overwatch since the game launched in 2016 with the original roster of 21 characters. Blizzard has since added eight more heroes, including the gang leader damage hero Ashe and the motorized hamster tank Wrecking Ball.