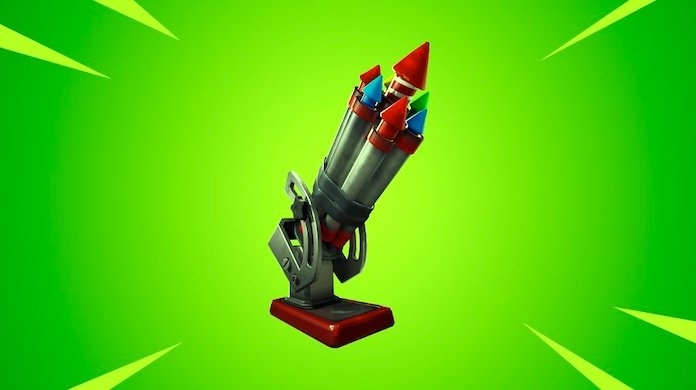 Depending on where you live, the weather outside might be frightful, so now’s a great time to stay warm indoors with some Fortnite, especially since the game was updated with explosive new additions.

Fortnite’s V7.30 content update‘s most important inclusion is the Battle Royale’s Bottle Rockets. If you’ve ever wanted to unleash an airstrike on opponents hiding in a makeshift bunker, just place this uncommon item down and watch the fireworks make short work of any defensive structure.

The update also introduces environmental campfires for players who want to take a breather during the Battle Royale. Once lit, these props will heal anyone nearby for 2 hp per second. Of course, this healing buff only lasts 25 seconds, and each campfire can only be used once per match, so it’s first come, first serve.

Fortnite’s content update also brings back the Wild West Duos game mode. Players can once again challenge themselves to take down opponents with a limited selection of weapons, including Hunting Rifles and Dynamite. This time, however, players can use the Revolver and Double Barrel Shotgun, and there will be Slurp Juice a plenty.

The V7.30 update isn’t all good news, though. The Sneaky Snowman will no longer appear in Chests, and even worse, the BoomBox has been vaulted, which means players can’t demolish nearby buildings with weaponized wubs anymore.

Of course, these changes apply to the Battle Royale mode, and Epic Games isn’t about to leave Creative and Save the World fans out in the cold. While Creative players don’t get much, they can at least spice up their masterpieces with Bottle Rockets and another set of concert-themed props.

The content update might not bring anything new to the Save the World table, but the patch at least provides some familiar faces, specifically the Lunar Llama and its Lunar New Year Heroes and Dragon weapons drops. However, gamers who don’t want to rely on an RNG llama can always earn one of four Dragon weapons by completing the returning Trap Attack Frostnite Challenge. As an added bonus, the Wukong hero returns to the Event Store because you can’t get more synonymous with the Lunar New Year than the star of Journey to the West.

Speaking of the Event Store, the Season 7’s Battle Pass Zenith skin will soon grace the store as Subzero Zenith, a variant of the T.E.D.D. Shot hero. It’s not much, but who wouldn’t want to prepared for both a zombie apocalypse and freezing weather?

For more news on Fortnite, stick with Twinfinite