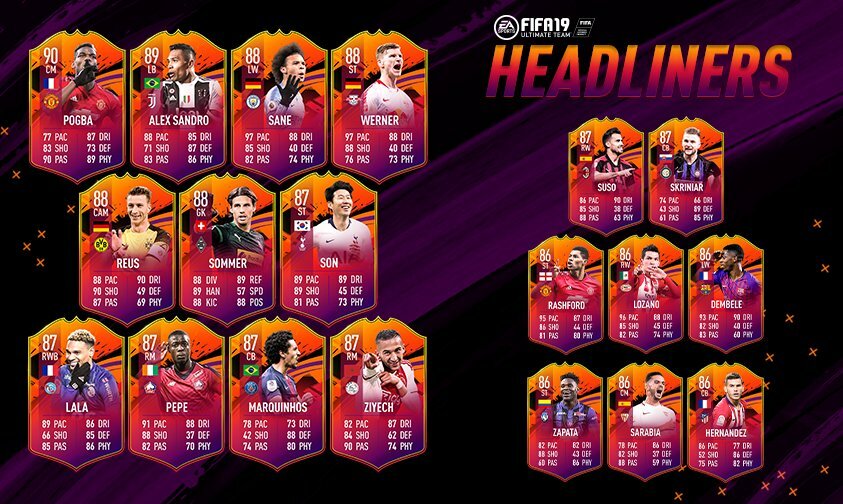 All FUT Headliners Players in FIFA 19

FIFA Ultimate Team has long been a focal point for fans of the series, and a brand new event called “Headliners” has just added an exciting new layer to mode. It focuses on in-form players that have consistently excelled this season. Here are all the FUT Headlines players in FIFA 19.

To recap exactly how FUT Headliners works: all the players listed here are released on a brand new item type which updates in a way that puts them one step ahead of standard players.

“At the launch of the event, each FUT19 Headliners player item type is released at one in-form upgrade higher than their latest qualifying performance-based in-form (TOTW, MOTM, Hero, Record Breaker or Team of the Group Stage item).

Here are all the FUT Headliners players in question:

You are also able to get a Marko Arnautovic card from SBCs and a Kerem Demirbay from Weekly Objectives.

So there you have it, that’s all the information you should need about who all the FUT Headliners players in FIFA 19. For more useful tips and guides on the game, be sure to search Twinfinite. You’ll find consistent coverage of the game moving forward throughout the season.